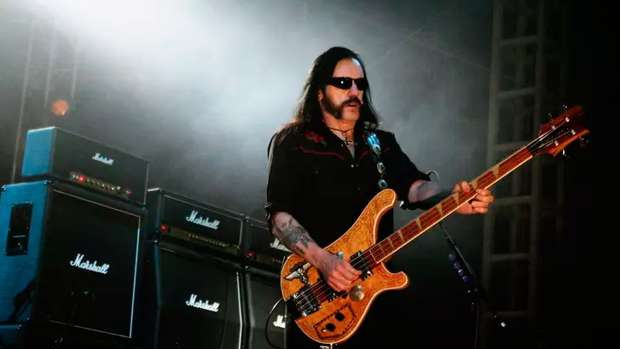 A biopic about iconic Motörhead bassist and frontman Lemmy Kilmister is officially in the works.

Deadline reports the film, Lemmy, will be directed by Greg Olliver and is expected to be debuted at the Cannes Film Festival.

Olliver co-wrote the screenplay along with Medeni Griffiths. Motörhead manager Todd Singerman is listed as one of the executive producers.

Olliver, Singerman and another one of the film's producers, Steffan Chirazi, collaborated on the 2010 documentary on Kilmister that was also titled Lemmy.

The biopic will depict most of Lemmy's life, from his childhood in Staffordshire and Wales, his tenure as a roadie for Jimi Hendrix, his stint in Hawkwind and his decades captaining one of heaviest power trios in rock history, Motörhead.

Lemmy was well known as the speed-filled, whiskey-soaked, hoarse-throated pirate frontman and bassist for Motörhead. But as one of the truest, most dedicated rockers of all-time, he was most famous for how he lived his life.

"Everything you've head about Lemmy is probably true ... not because he was embracing rock 'n' roll cliches, but because he was creating them," Olliver explained. "Marlboro Reds and Jack Daniel's for breakfast, speed for dinner — all true. But behind the steely-eyed facade of rock 'n' roll was also a compelling, complicated and lionhearted man who stayed the course and never gave up playing the music that made him happy."

Olliver added that the biopic has been in development since 2013, in collaboration with Lemmy himself, his family and his longtime bandmates Phil Campbell and Mikkey Dee.

Production is slated to begin in early-2021, provided the COVID-19 pandemic allows.

In addition to his work with Motörhead and as a solo artist, Lemmy was also a prolific songwriter and collaborator with other rockers, including Ozzy Osbourne, The Ramones, Slash, Doro and many others.