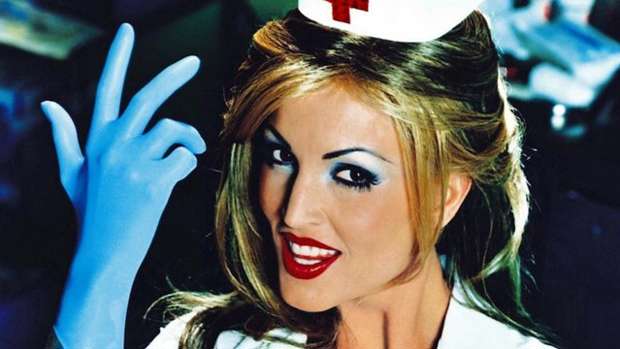 Twenty years ago, Travis Barker, Tom DeLonge and Mark Hoppus spent a bit of time jamming out and running down the street of Los Angeles naked and released the footage for the world to see.

It was for their music video for their hit song "What's My Age Again" - a song that has turned 20!

I vividly remember it coming out. It was classic Blink 182 and featured on the Enema of the State album that was released on June 1, 1999 (yip, I'm still slightly obsessed that it has been 20 years since its release).

It was fun, lacked political correctnesss and was a bit of a laugh.

I loved that album. Though my favourite track of the album was the more mellow Adam's Song, there was something about the fun that came with songs such as What's My Age Again and All the Small Things that just put you in a good mood. I mean who doesn't love a video clip that is a mockery of 90s pop boy bands?

The Offsping had already released Pretty Fly (For a White Guy) but it was a style that Blink 182 did best. It was pop rock, it was pop punk but whatever it was, it was a good time.

What Blink 182 did have was a bond between three lads that many of us could releate to. Many of us at that time knew skaters, many of us knew lads who you could picture pulling the same antics that it was even more amusing. What they also had was Travis Barker, in my opinion one of the best drummers around - hands down my personal fave.

What Blink 182 don't have is the same trio today. Today, Blink 182 are without DeLonge, now consisting of Barker, Hoppus and Matt Skiba. They're touring, they've released Enema of the State merch and they're still sharing their good vibes.