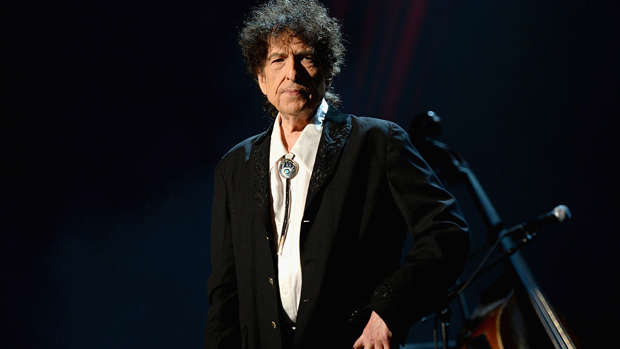 Bob Dylan has teamed up with liquor entrepreneur Marc Bushala to release his own line of alcoholic drinks, which are to be made available during the autumn of next year.

Heaven's Door Spirits will convert a 160-year-old Nashville Elm Street Church into the Heaven's Door Distillery and Center for the Arts, featuring the much-anticipated distillery, an exclusive whiskey library, restaurant, and a 360-seat live performance venue.

The 'Blowin' in the Wind' hitmaker previously vowed to "tell a story" with his alcohol range.

He said: "You don't always find inspiration. Sometimes it finds you. We wanted to create a collection of American whiskeys that would each tell a story."

Dylan's firm - which has been named Heaven's Door Spirits, in reference to his 1973 song 'Knocking on Heaven's Door' - is set to make bourbon, a double barrel whiskey, and a straight rye.

And Bushala has rubbished the suggestion that the move is merely a vanity project for the legendary singer.

He explained: "[Dylan] didn't sell out. This is his brand, and it's his idea.

It's been revealed that Dylan's famous signature will appear on the reverse of the label, meaning it will only become visible once it's been opened.

In April last year, Dylan belatedly accepted his Nobel Prize for Literature, having failed to pick up the prestigious medal and diploma at a ceremony in Sweden in December 2016.

A member of the Swedish Academy - which awards the prize - said the ceremony "went very well indeed" and described the American musician as "a very nice, kind man".