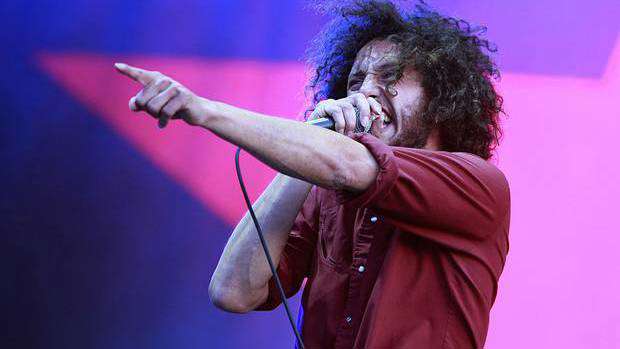 One of the most popular music festivals in the globe, Coachella, has reportedly been postponed for six months.

A source close to the event, that was meant to start on April 11, told New York Magazine reporter Yashar Ali that the festival will be postponed until October 9 and 16, 2021.

"As of now, the same lineup is confirmed to perform," the tweet reads.

Scoop: A source familiar with the arrangements tells me that the Coachella festival will be postponed due to Coronavirus concerns and moved to the weekends of October 9 and 16.

As of now, the same lineup is confirmed to perform.

Also, multiple sources have told various publishers that several artist managers have been in talks with Goldenvoice for the last week discussing postponement of the festival.

The Coachella cancellation comes after Riverside County health officials announced three new cases of the novel coronavirus in the Coachella Valley on Monday.

Rock band Rage Against the Machine, rapper Travis Scott and singer Frank Ocean all got top billing to headline the three-day party in the desert, alongside Calvin Harris, Lana del Rey, Lil Nas X, 21 Savage and dozens of others.

Recently, Pearl Jam confirmed the band are postponing the North American leg of its Gigaton world tour because of concerns over the new coronavirus.

Pearl Jam said it was announcing the postponements "with deep frustration and regret."

"The levels of risk to our audience and their communities is simply too high for our comfort level," a band statement said. "Add to that we also have a unique group of passionate fans who travel far and wide. We've always been humbled by this and respect their energies and devotion. However in this case, travel is something to avoid."

New dates will be determined and current tickets will be honoured for those dates, the band said.

For now, the European shows from June 23 to July 23 are still scheduled along with two September shows in Asbury Park in New Jersey, and Dana Point in California, according to the band's website.

Recently one of the world's biggest arts festivals, South by Southwest, has been cancelled due to the coronavirus.

In a statement posted to the website of the event, styled as SXSW and held in Austin, Texas, organisers said:

"The City of Austin has cancelled the March dates for SXSW and SXSW EDU. SXSW will faithfully follow the city's directions.

"We are devastated to share this news with you. 'The show must go on' is in our DNA, and this is the first time in 34 years that the March event will not take place. We are now working through the ramifications of this unprecedented situation.

"As recently as Wednesday, Austin Public Health stated that 'there's no evidence that closing SXSW or any other gatherings will make the community safer.' However, this situation evolved rapidly, and we honour and respect the City of Austin's decision. We are committed to do our part to help protect our staff, attendees, and fellow Austinites."

Last week it was reported that a person with a confirmed case of coronavirus went to a Tool concert in Auckland last month.