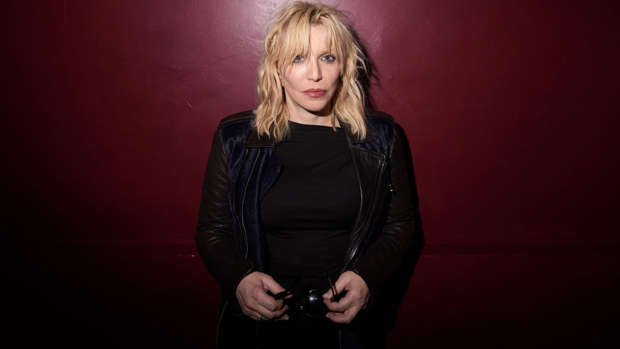 Courtney Love has accused Sam Lutfi - who was famously Britney Spears' manager at the height of her public meltdown in the mid-2000s - of harassing her for money via phone, text messages and email, with the contents of the correspondence described to The Blast as "filthy, nasty, and threatening".

And now Sam has been ordered to stay 100 yards away from the 54-year-old rocker, her daughter Frances Bean Cobain - whose father is Courtney's late husband Kurt Cobain - and her sister Jaimee, after the order was granted.

Courtney's lawyer, Howard King, said: "The escalating verbal harassment and threats of Sam Lutfi left no choice for Courtney and her family but to seek protection. The Cobains are grateful for the anti-harassment order issued by the Los Angeles Superior Court against Mr. Lutfi and the powers it provides law enforcement to assure that Mr. Lutfi terminates all contact with the family."

Courtney and Sam are currently both being sued by Frances' ex-husband, Isaiah Silva, for allegedly breaking into his house to steal Kurt's famous MTV Unplugged guitar, which is currently in the musician's possession and was central to the former couple's divorce dispute.

The pair reached a property settlement in May, six months after their divorce was finalised, and the agreement saw the 33-year-old musician allowed to keep the instrument but not receive spousal support, despite asking for $25,000 a month.

Isaiah also had to foot his own legal bills but Frances, 25, was allowed to keep the Los Angeles home they bought together.

Meanwhile, in 2008, Britney obtained a restraining order against Sam, who her father Jamie - who was named co-conservator of her affairs following her meltdown - claims had drugged the 'Toxic' singer and prevented her from making phone calls in an attempt to control her.

The manager later sued the 'Womanizer' hitmaker and her family for defamation and the case was settled years later.