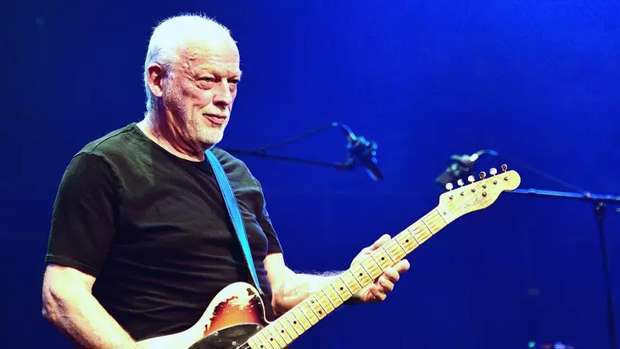 Having been a member of Pink Floyd since 1967, David Gilmour noted recently that he never got to see the his own iconic band from the perspective of the audience, except once.

During an appearance on the new podcast The Lost Art of Conversation, the Rock and Roll Hall of Famer and guitar hero recalled being so upset at a 1977 concert in Montreal, Canada, that he wouldn't go back onstage for the band's final song.

"The only time I've ever seen Pink Floyd live was the encore in Montreal stadium in 1977 — the last gig of the Animals tour, the one that Roger [Waters] spat on someone at, I think," Gilmour said. "I was so pissed off about something, and I can't even remember what it was, that I refused to play the encore, and went out to the mixing desk to watch whatever encore it was, with Snowy [White] playing [my] parts. That was the only moment I saw a tiny bit."

Earlier in the conversation, Gilmour noted that the responsibility of being both the lead guitarist and lead singer in Pink Floyd meant that he was afforded few opportunities to really experience the band.

"Some of the time, with a radio mic (wireless system) on my guitar, I could go out front, playing a little bit while they're playing, then stopping them and doing something [to fix a problem]," he said, before noting the sonic limitations posed by venturing far from his band. "But if you're a distance away, you're so out of sync because of the time it's taken for the sound to come to you."

Gilmour will not likely get to see Pink Floyd perform again. Despite drummer Nick Mason's openness to a reunion, Waters revealed this October that he and Gilmour have been unable to resolve their differences, despite a meeting this summer in which they tried to "make peace."