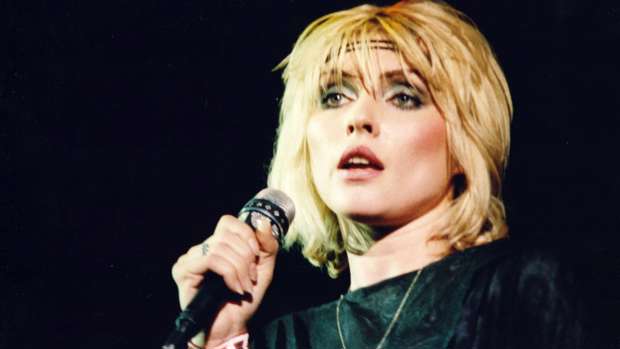 Debbie Harry supplied her then-boyfriend Chris Stein with heroin for months while he was seriously ill in hospital.

In an extract from Debbie's autobiography 'Face It' published in The Sun newspaper, she wrote: "People would say how difficult it was for me, and it was difficult -- but it was life-threatening for Chris.

"For the first month, he was spaced out on heavy steroids, ­having weird hallucinations. I kept him supplied with heroin. He was on heroin the entire time he was in the hospital.

"I think the doctors and nurses knew that he was high all the time but turned a blind eye because it kept him relatively pain-free and mentally less tortured.

"The heroin was a great consolation. Desperate times, desperate measures, as the cliché goes.

Debbie used to go out "in the middle of the night" to get the drug and admitted she also used heroin in order to feel "numb" about the difficult period, which came in the wake of Blondie's split in 1982.

She continued: "I would head out in the middle of the night and score by myself. Fortunately, at that time in downtown New York, it was a chic drug.

"I'm not putting this all on Chris. I was indulging too, staying as numb as possible. I don't think I could have coped any other way. Drugs aren't always about feeling good. Many times they're about feeling less."

Chris was eventually released from hospital but things got even worse for the couple - who split in 1987 - as they faced financial ruin.

Debbie recalled: "Musicians are notoriously shambolic at taking care of business, which leaves the window open for wolves to come loping in. I guarantee that anything we could have done wrong, business and management-wise, we did it. We had terrible contracts and the people we paid to look after us were naturally more concerned with what was in it for them. We got taken...

"And it turned out that we had huge tax problems. Because unbeknownst to us, our accountant hadn't paid our taxes for two years -- the two years when we were making the most money.

"We didn't just lose our house. The IRS took everything they could lay their claws on. They took my car. They even took my coats -- which was bizarre."