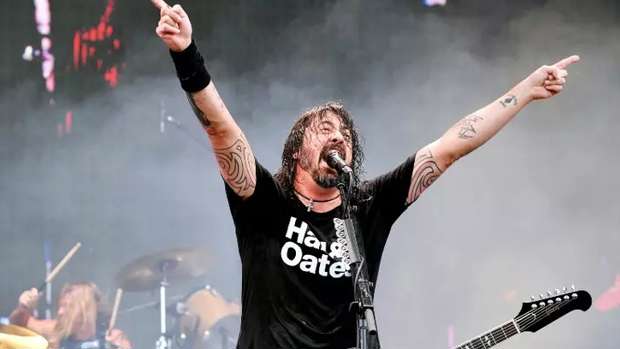 Foo Fighters will celebrate its 25th Anniversary this year on a mini tour!

On Tuesday (February 18), the band announced the 2020 The Van Tour. A 10-date tour that revisits cities from the band's first trek in 1995. The one big difference is the venues will be much larger than the band's first stop in the select cities.

“ARE YOU READY??? Join the Foos in commemorating their 25th anniversary by revisiting stops along their 1995 tour!” the band wrote on Instagram.

ARE YOU READY??? Join the Foos in commemorating their 25th anniversary by revisiting stops along their 1995 tour! IN THE ROUND! 🤘 . Pre-sale begins TODAY at 12pm ET - the password is hitting your inboxes now! Link to tickets in bio. . Citi Cardmembers - #CitiPresale also begins at 12pm ET. Details at link in bio. . #FF25 #BigRedDelicious

The tour kicks off April 12 in Phoenix, Arizona and wraps up May 20 in Hamilton, Ontario. If you don't see your city listed below, the band also teased additional dates in the tour press release: “[A]side from many of those clubs on that 1995 trek having since ceased to exist, squeezing a 2020 FF show into the few that are still around would just be too insane … or would it? Stay tuned for the answer to that question.”

Dave Grohl recently teased the band's now completed new album along with his upcoming documentary, What Drives Us. “I'm making a movie about vans and van touring,” he explained. “The van was the tour bus for the punk rockers in the 80s, everybody had a van. I've interviewed everybody...The Beatles toured in a van, Guns N’ Roses, Metallica, U2, everybody had a van,” Grohl explained.