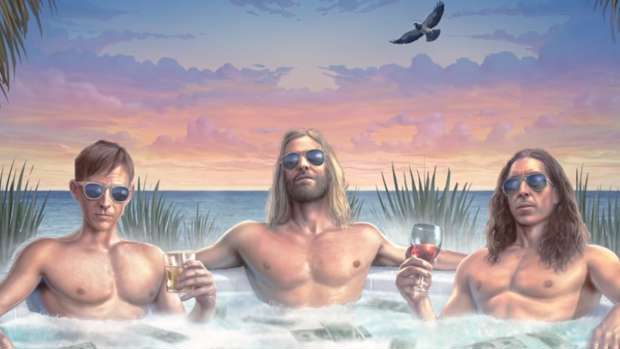 Taylor Hawkins may be hard at work laying down drums for Foo Fighters' upcoming album, but that's not the only music he's been busy making. The Foos drummer is prepping a solo album with his band The Coattail Riders aptly titled Get The Money, and it is chock full of features from his famous friends.

'Get The Money' is slated to come out November 8, and Hawkins gave us a taste with lead single "Crossed The Line," which features Grohl and Davison.

Listen to "Crossed The Line" and check out the tracklist below.