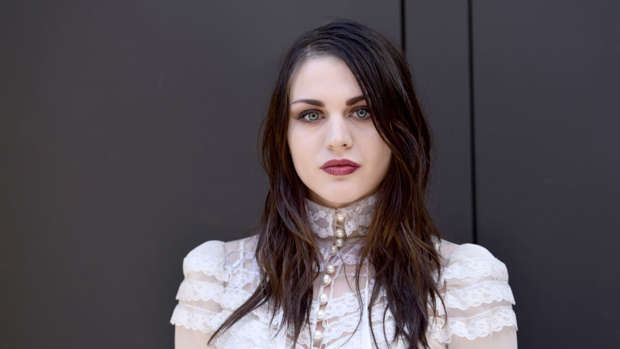 Frances Bean Cobain - who is the daughter of Courtney Love and the late Kurt Cobain - doesn't get upset when people connect her work to that of the Nirvana frontman because it's a "pretty damn good" thing to be associated with.

She said: "If people need that outlet in order to look at my music, or look at my art, and say, 'It's just like your dad'--if they need that, that's okay. If that's the association they make, that's a pretty damn good association; there are worse things to be called."

Frances also credited RuPaul for helping to make her into the person she is today.

The pair were discussing a famous photo of Frances as a baby being cradled by the 'Drag Race' star in full drag at the 1993 MTV Video Music Awards while the tot's father smiled for the camera, with his bandmate Dave Grohl at the other side of the photo, and the artist - who was crying in the shot - admitted she believes the picture captured her "personality being made".

Speaking to RuPaul on his 'What's The Tee' podcast, she said: "I firmly believe that that photo captures my personality being made. You are the reason I am the way I am.

"You were not my only drag queen in my life from a very young age. I had drag nannies...

"I remember waking up next to a nanny of mine who used to do Miss Piggy-type drag in a red sequin dress and snout askew."

RuPaul knew the person being described was "Loretta Pig from New York City" and went on to tell Frances how much her parents were fans of drag artists and culture.