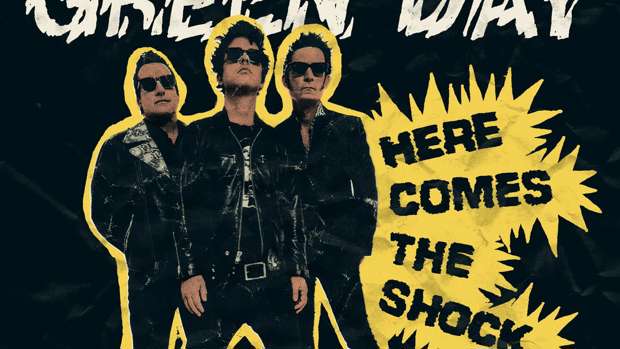 It's been a year since Green Day released their 13th album Father of All... and over the weekend the veterans are starting their latest chapter with a new song called "Here Comes The Shock."

"Loud season is back!!!" the band revealed on Instagram, alongside the new single art. "New song 'Here Comes The Shock' out Sunday in North America + the rest of the world on Monday. Hear it first during this Saturday's #NHLOutdoors at Lake Tahoe game at 3pm ET [email protected] ⚡⚡ @NHL"

Though Green Day technically haven't put out any new music since last February, frontman Billie Joe Armstrong released his No Fun Mondays covers album in November, and the trio's "secret" band The Network dropped a new album (its first in 17 years) called Money Money 2020 Pt II: We Told Ya So! in December.

See the song announcement below.

Green Day was supposed to spend 2020 on the road with Weezer and Fall Out Boy, but like so many other artists, their plans got derailed by the pandemic. Rescheduled Hella Mega Tour dates were announced for summer 2021, and though it seems optimistic that touring will start back up by then, Weezer frontman Rivers Cuomo recently expressed to NME that he believes it's still going to happen.

"My manager just told me yesterday that the U.S. promoter is still saying it's gonna happen," he said. "That could change, but I'm not making any other plans for the summer."