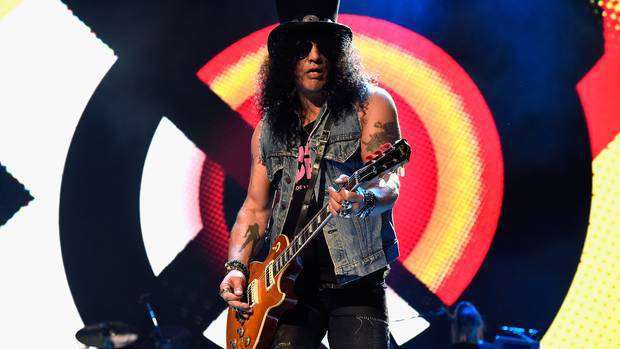 Longtime Guns N' Roses guitarist Richard Fortus is projecting optimism at the idea that his band will release new music this year.

Fortus, who's played alongside front man Axl Rose in Guns N' Roses since 2002, indicated that despite only one new release in his 18-year tenure (2008's Chinese Democracy), the band often experiments with new ideas in rehearsal.

"We love bringing new songs in," Fortus told Forbes in a new interview. "We always rehearse stuff up. It's just a matter of everyone sort of feeling comfortable to integrate it into the show. I hope that we have new music out this coming year."

While Fortus's comments give hope to fans eager to hear a fully-realized version of GNR's new lineup, the guitarist probably isn't holding his breath on a release date. Fortus teased a possible new GNR release in late-2018, but the band remained singularly-focused on its 'Not in This Lifetime' tour until at least this past fall.

Classic-era GNR members Slash and Duff McKagan have on separate occasions conceded that the band's current lineup has been eyeing new music. But as the Chinese Democracy sessions illustrated, Rose in particular is fickle when it comes to adding releases to the band's legendary catalog. There were nearly 100 songs recorded for Chinese Democracy that were never meant to see the light of day.

When there is new music, it will almost certainly come as a surprise. One thing that's abundantly clear is that Guns N' Roses can keep a secret.

There were few hints at Slash and McKagan's 2016 GNR return before it was made official. And the pair's recent collaboration with Ozzy Osbourne was a secret until the Prince of Darkness himself announced it several months later.

GNR may not be leak proof, but security sure is tight around there. We know the band doesn't need the allure of new songs to sell tickets.