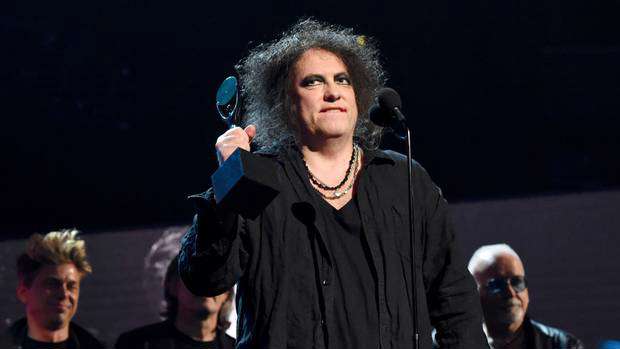 British goth rockers The Cure were inducted into the Rock 'n' Roll Hall of Fame yesterday at a ceremony in New York City.

On arrival, lead singer Robert Smith was asked by a bubbly interviewer on the red carpet if he was excited about being inducted.

"Are you as excited as I am?" the upbeat reporter asked him.

"By the sounds of it, no," he answered, sardonically.

The British band were inducted to the Hall of Fame by Nine Inch Nails frontman Trent Reznor.

On stage, Smith gave a heartfelt speech, thanking everyone who helped the band over the course of their 40-year journey.