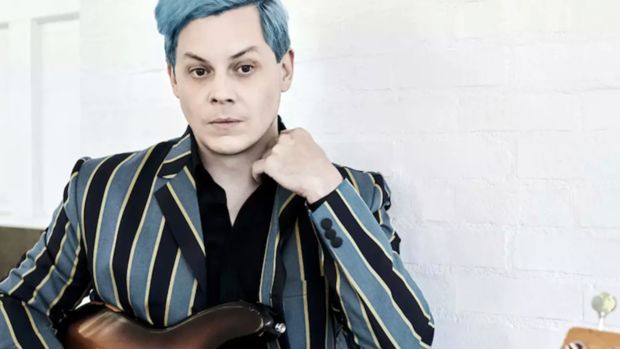 Jack White has a busy year ahead of him. He's got not one, but two albums coming out, and is set to embark on his Supply Chain Issues tour in April. The rocker recently visited iHeartRadio's ALT 98.7 to chat with Chris Booker about his big plans, and in the process revealed that he hasn't used a set list in 20 years. The comment came after he told Booker that he'll be playing material from all eras of his extensive catalog (White Stripes, Raconteurs and Dead Weather included).

“I haven’t used a setlist in like 20 years, so I have to sort of keep [the songs] in the back of my mind at all times," he confessed. "It’s kind of strange. It’s almost like if a comedian goes to a party and he knows what joke to pull out at any given moment…you just kind of know, at this moment this would be good to switch to a gentle thing, or wow people are getting electrified now let’s rile them up even more."

It won't be hard for White to find the perfect song for every moment: his two upcoming albums, Fear of the Dawn and Entering Heaven Alive, have juxtaposing aesthetics. “This first [album] is Fear of the Dawn and it’s really hard, there’s hard-hitting tracks like ‘Taking Me Back,’ and the other album [Entering Heaven Alive] is really mellow, it’s almost like a Sunday morning album to me,” he explained. “I didn’t get in and do it all at once, either. It was sporadic bursts here and there… then I found myself in the studio every day for weeks. It was cathartic for me.”

He also showed fans a preview of what to expect by sharing a live rehearsal video of "Taking Me Back" that features his touring band.

Fear of Dawn is set for an April 8, 2022 release and Entering Heaven Alive arrives on July 22, 2022. Watch White's "Taking Me Back" video and listen to his chat with Booker below.