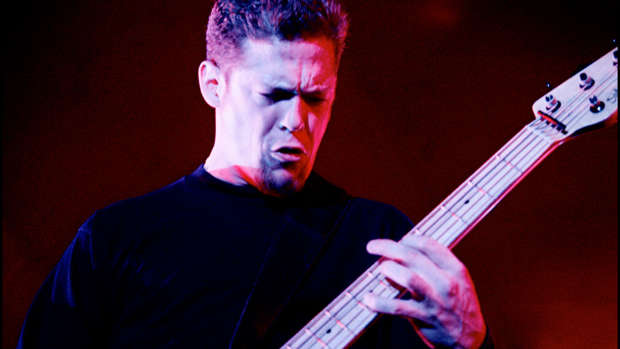 Jason Newsted has revealed that he is one of many veteran heavy metal musicians to suffer from neck problems after to a career of viciously whipping his head to and fro to the beat.

But all those shows took a toll, he confirmed in a recent interview with Real Radio 94.3 WZZR.

"It's been a lot of time, 25-ish years of headbanging," he said. "I gave myself whiplash. And so, through the years, doctors of all different languages and countries, they told me, 'No more that, no more spinning head.'"

The bassist says he was first advised to stop headbanging about 10 years ago, before doing an album with his eponymous metal band.

Newsted says he's had nerve issues, "all tangles and mangles," due to the damage he's done to his spinal cord. He can't completely quell the urge to rock, but he says the issues have provided as good an excuse as any to pursue less sonically intense music as a means of expression.

Lately, Newsted has been performing more acoustic guitar-based music. While it doesn't have the raw power of Metallica, he says it's no less meaningful.

Megadeth's Dave Mustaine famously put off neck surgery to play the 2011 Big 4 show at Yankee stadium. Slayer's Tom Araya stopped headbanging years ago due to his own neck problems.