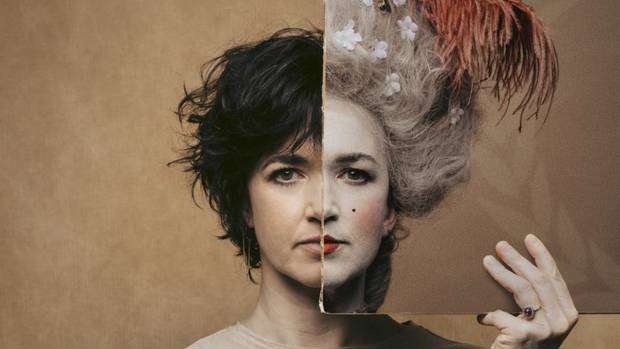 From Lydia to Lola — Julia Deans has transformed from pop star to operatic "seductress".

The singer-songwriter, who fronted Fur Patrol on their ride to the top of the charts, is completing rehearsals for a key role in Festival Opera's performance of Cavalleria Rusticana and I Pagliacci in Napier later this month.

"It's definitely been a steep learning curve, it's a really different approach to singing," she says.

"It's all in the language and the energy. For someone who doesn't speak Italian at all it's quite challenging.

"These are things professionally trained people have spent decades perfecting. It's a matter of taking what I do know and applying these extra skills."

Cavalleria Rusticana and I Pagliacci, often called simply Cav and Pag, are two one-act operas usually performed back-to-back. Deans is Lola, a "seductress" whose lover is teasing her into retaliation.

"My character is an integral character, but the singing role is quite small, so I've had a bit of downtime which is both a blessing and a curse," she said. "You can lose a bit of focus, but things will really ramp up as we get closer to performing."

Fur Patrol burst onto the Wellington scene in 1996, releasing an EP two years later. But it wasn't till 2000 that they really made their name with debut album Pet.

Single Lydia hit number one, with the band taking home a few awards from the 2001 NZ Music Awards. Deans has since released solo albums, including We Light Fire in 2018.

Lydia was voted one of the top 20 New Zealand songs of all time in 2001 by the Australasian Performing Right Association (APRA).

"Every time you learn something new, you expand your palate. I have a whole new appreciation for opera singers and the discipline they have. I'd absolutely do it again."

The show runs from Feb 18 to 24 at Napier's Municipal Theatre, coinciding with the city's annual Art Deco Festival.