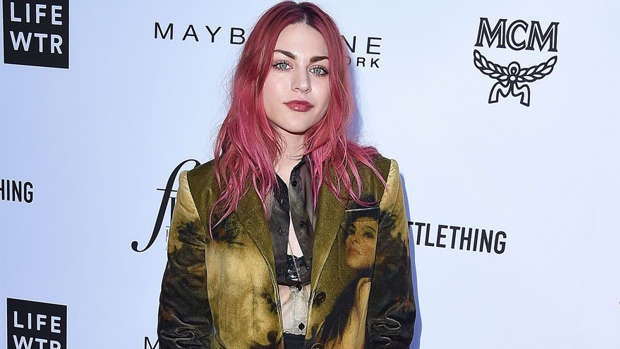 Frances Bean Cobain has admitted she hopes her late father Kurt Cobain is "proud" of her.

The 25-year-old visual artist and musician was just two years old when her father, Nirvana frontman Kurt Cobain, took his own life in 1994, and although the late rocker missed out on watching his daughter grow up, Frances hopes he would be proud of the person she’s become.

When asked by E! News if she believes the ‘Smells Like Teen Spirit’ hitmaker would like her musical ventures, Frances - whose mother is Hole rocker Courtney Love - said: "I don't have an answer for that because I don't want to speak on someone else's behalf. I would hope that he would be proud of the human being I am even if he didn't like the art I am putting out. That's all I would ask of anyone in my life.”

Recently, Frances took to YouTube to share a 45-second clip of herself singing an original song, which pays tribute to her late father.

The caption read: "There are so many memorable moments in this clip...I'm SUPER restless because I can't play guitar with long nails so I'm just sitting in my room alone singin' to mah self (sic)."

The star’s creative ventures come as she recently celebrated two years of sobriety, after a secret battle with addiction.

Frances also reveals recently that her creativity has likely stemmed from not owning a television.

She said: "I'm forced to occupy my time with things that feed my brain and soul instead of wasting energy on thinking about not having to think."