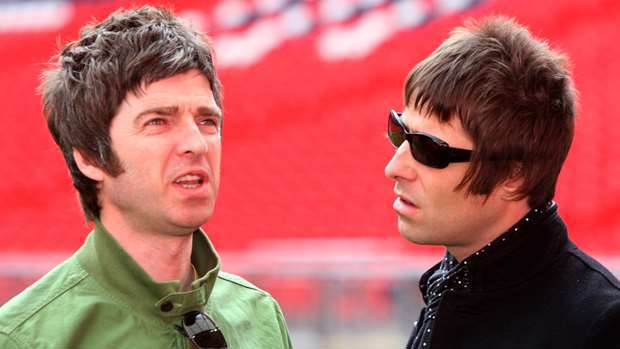 Liam Gallagher has seemingly told his brother Noel Gallagher to "f**k off" after his sibling announced his intention to move out of London.

The 'Shockwave' singer - who has been estranged from his former Oasis bandmate since the group split in 2009 - sent a frank farewell message that appeared to be directed to the 'Black Star Dancing' hitmaker following the 52-year-old star's admission he is planning to leave the capital because he and wife Sara MacDonald are concerned about their children becoming victims of crime.

Liam's comment came after Noel - who has has daughter Anais, 19, from his marriage to Meg Matthews and sons Donovan, 11, and Sonny, eight, with Sara - admitted he and his wife are moving because they are worried the kids will get mugged or worse while travelling to school.

He said: "We're just about to move out to Hampshire. We didn't want the kids growing up in London.

"We've had two stabbings outside our house in the last while. I live as you can imagine in quite an affluent area. At one end of the street is one housing estate and the other end is another housing estate, and they are currently at war.

"Anyway, our lad is 11 and is now coming to go to secondary school and we were just saying it would be too f**king stressful if he is on the Tube and he is coming home and he is being mugged for his phone.

"So we decided that we are going to go out to the country and put them to school in the country. We'll just commute into London."

While Liam may have used the interview as an opportunity to have another dig at Noel, the 46-year-old star - who has Molly, 22, Lennon, 19, Gene, 17, and Gemma, six, from previous relationships - has spoken of his own concerns over crime in London.

He recently said: "Every morning you wake up there's some 16 year old being knifed to death and that.

"I've got kids that age, out and about and that, doing their thing, living, being young. That freaks me right out - it does worry me. I've got teenagers.

"I'd have a word with that mayor - he seems to not be doing a good job, all them kids getting knifed and all that.

"The only thing that ever comes out of his mouth is, 'London is open'. What, open for knife crime and dying and stuff?"