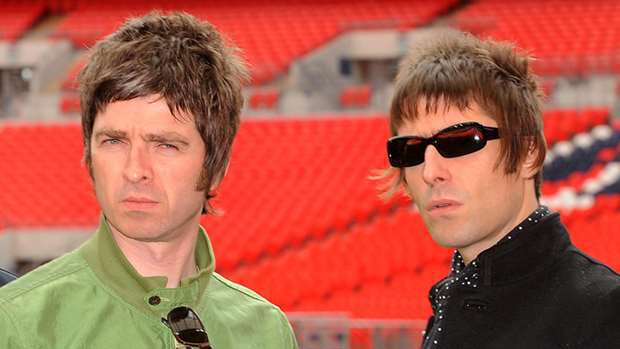 Liam Gallagher who was formerly a member of iconic band Oasis with his older brother, and after a lengthy and bitter rivalry, he’s now accused Noel of wanting to see him fail at his solo career, as well as claiming the 51-year-old musician - who has since found success with Noel Gallagher’s High Flying Birds - was to blame for Oasis’ split in 2009.

Speaking in a new trailer for his documentary ‘As It Was’ - which will be released on June 7 - Liam said: “It was pretty vicious and pretty nasty. It was Oasis until the day I die.

“The geezer split my band up, no wonder we f*****g hate each other. No band, no songs, what am I gonna do with that?
“He'd quite happily see me in the gutter.”

Despite the decade that has passed since the ‘Wonderwall’ hitmakers split, their mother Peggy remains hopeful that her sons will one day “get on together”.

In the clip, she says: “A new year and they're all going to get on together.”

But Liam was less than keen on the idea after spotting a picture in Peggy’s home of Noel and his wife Sara MacDonald, as he took to comparing them to members of the royal family.

The ‘Wall of Glass’ hitmaker added: “F*****g Prince Philip and f*****g whatever she's called.”
Liam’s comments come after he previously claimed Noel was trying to “sue him” over the use of clips of Oasis songs within his documentary.

He tweeted in February: "Ive just been informed that I'll be sued by the not so mighty little fella and his goons at ignition if I use any footage of me singing oasis yes oasis songs in AS IT WAS who's bitter now eh ps Dya want a hand selling those tickets AS YOU WERE LG x (sic)”

And he later claimed it was footage of Liam’s performance at the One Love Manchester benefit concert - which was held following the Manchester terror attack at an Ariana Grande concert in 2017 - that Noel had an issue with.

He wrote in a subsequent tweet: "So it's the footage of me singing live forever at the one love concert that's upset team NG maybe it's the shame of the not so mighty little fella not showing up because he was too busy supping bubbles on a dingy with what's her face AS YOU WERE LG x (sic)”

The documentary - which has been directed by Charlie Lightening - will focus on Liam's journey from "boredom, booze and legal battles" to solo star with the release of his debut solo LP 'As You Were' and subsequent sold-out global concerts.