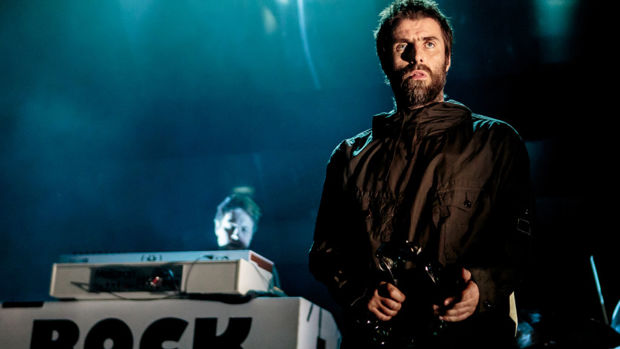 Liam Gallagher admitted he "looked good and felt good" when he stopped drinking, but its not for him as he quipped he turns into a "massive ****" when he doesn't drink.

Asked how long she has been sober, he wrote on Twitter: "six months never get them bad boys back ... looked good felt good ... but it's just not for me, I nearly turned into a massive **** so started drinking again (sic)"

Meanwhile, Liam previously admitted he thinks cutting out booze and smoking makes him sound worse when he sings.
He said recently: "I know for a fact when I have not had cigarettes and not drank and have been behaving myself I sound a bit square. And I do not like that. I like to sound a bit rough and have a bit of character."

However Liam, explained he isn't going straight edge, even if he's calming down a little bit as time goes on.

He joked: "I do behave myself a little, but not too much. I don't want to sound like Aled Jones or Michael Bublé."
Liam's comments were similar to some he made in 2017, where he revealed he still likes to go out boozing because constant sobriety is "boring".

He revealed: "I do like a drink, I'm not an alcoholic, but I like talking s**t to people, I like the s**t that comes with drinking. But I have been sober for six months before, it's just boring. I felt too good, I was opening doors for people and getting old ladies' bags of shopping and saying I'll help you across the road - f**k that. I don't want to feel that good, who wants to feel too good?