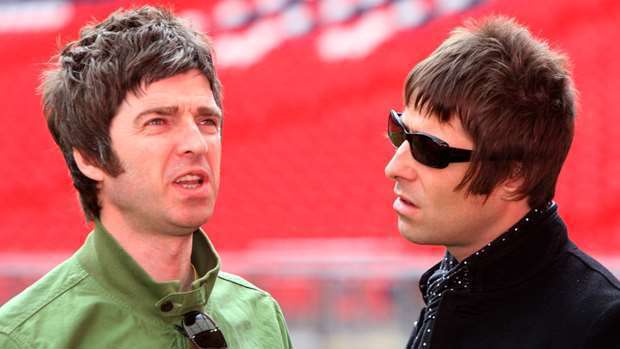 The 47-year-old singer referenced Oasis' 1994 single 'Live Forever' in his recent track 'One Of Us', which contains the line "you said we'd live forever", and has been interpreted as Liam offering an olive branch to his older sibling whom he has not spoken to since Noel quit their group in 2009.

And the 'Shockwave' hitmaker says the lyrics have been perceived "a bit more serious" and literal than he had intended, and he is adamant he doesn't need to write about his feelings towards Noel, 52, because his brother already knows that he loves him.

He told MusicFeeds.com.au "No way do I go into the studio and go, 'Right, let's put this little lyric in here to freak our kid out.' F**k that. He knows my opinion of him. It just happens that some lyrics pop in and some people take it a bit more serious than what I do, make a big mountain of it. But our kid knows exactly how I feel about him. Some days I think he's a **** and some days I love him. No, I always love him, but he's a bit of a ****."

Noel recently mocked the 'Wall of Glass' hitmaker for the 'Live Forever' reference in the track - which was co-written by Liam, producer Greg Kurstin and American musician Damon McMahon.

The 'This Is The Place' singer said: "I wonder if they had pictures of me in the studio when they were writing that s**t.

"I remember once in the Oasis days, he'd been up to the studio on his own and every line in the song was a title of an Oasis song.

"It was some incidental blues nonsense.