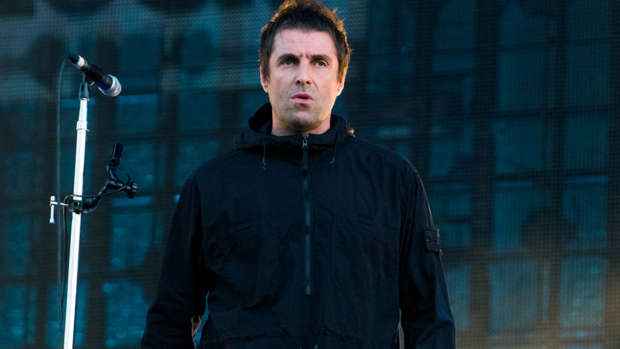 Former Oasis star Liam Gallagher let his Instagram followers ask him some questions on Tuesday (27.02.19) and he decided to let his fans in on his secret to hiding the fact he's been knocking back shots of the boozy spirit, which involves eating packets of the savoury corn snack, which comes in strong flavours such as Flamin' Hot and Pickled Onion.

During the Q&A, Liam - who is in a relationship with his manager Debbie Gwyther - shared: "How good are Monster Munch! They are good for hiding the tequila breath."

The 46-year-old rocker also divulged that his favourite brand of teabags is Yorkshire Tea.

The 'Cigarettes & Alcohol' singer made the claim during a conversation with a fan on Twitter, who said he must have been suffering the day after he was reportedly supplied with 50 bottles of Dom Perignon champagne to "get the party started" at Isle of Wight Festival last summer.

When the follower made the claim on the micro-blogging platform, Liam replied: "Nah don't get hangovers with gin n berocas (sic)"

Although Liam has calmed down over recent years, he was one of the most notorious rock 'n' roll hell-raisers during his time in the 'Supersonic' band, when Liam got involved in numerous shenanigans, mostly fuelled by drink and recreational drugs.

Meanwhile, Liam is currently working on his second studio album, following the phenomenal success of his 2017 debut 'As You Were'.

And the 'Songbird' songwriter promised that if his second record is as popular as his first effort, he'll gladly return to the recording studio to make another album.

The outspoken star explained: "I think we'll do these albums and then I'll have a bit of a break and get out of everyone's hair - and have a breather - and then do a third one if the second one goes well."