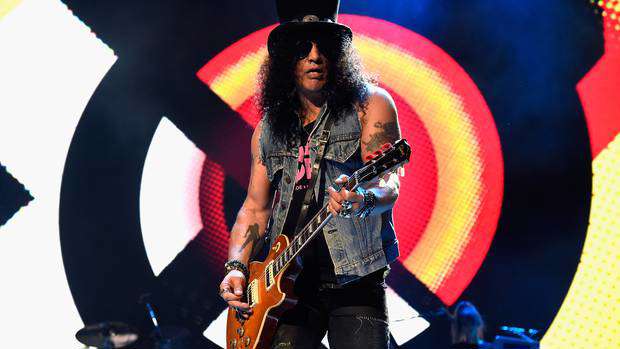 But it omits one key song.

The box set celebrates the 1987 release of Appetite For Destruction, one of the most popular rock albums ever made.

There are various versions of the box set available, from CDs to LPs, ranging up in price to $1450.

The biggest edition of the box set also includes the EP Lies, but with one omission.

That would be the song One In a Million, which caused controversy when it was released in1988 over some pretty controversial lyrics that include: "Police and n******/ That's right/ Get out of my way/ Don't need to buy none of your/ Gold chains today."

It also includes the lines: "Immigrants and faggots/ They make no sense to me/ They come to our country/ And think they'll do as they please/ Like start some mini Iran/ Or spread some f****** disease/ They talk so many God damn ways/ It's all Greek to me."

Guns N' Roses are releasing a "Locked N' Loaded" box set, for the princely sum of US$999, featuring 49 previously unreleased songs. But the controversial "One in a Million" is conspicuous by its absence from Guns N' Roses' new box set for 'Appetite for Destruction.' pic.twitter.com/Hz127z4ROc

The box set is released on June 29.