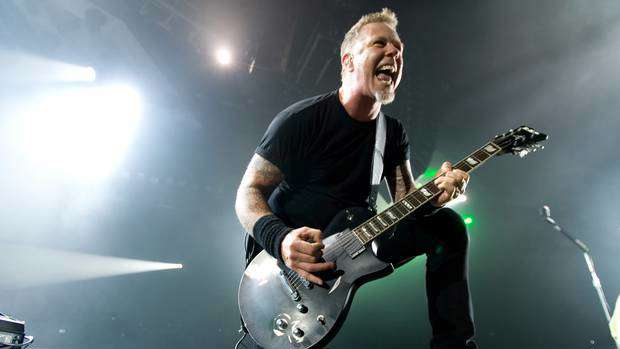 If you bought a ticket to the now postponed Metallica show, nothing else matters apart from getting your refund. Unfortunately the news is sad but true for some fans who purchased their tickets through Viagogo.

The online ticket reseller has sent an email instructing people that they will need to post their tickets all the way to Ireland in order to claim their refund. Making matters worse they have an extremely limited time frame to do so as Viagogo have instigated a hard deadline of this Monday, October 7, for the tickets to be post stamped.

And if that wasn't bad enough Viagogo have also announced that they will not be refunding the cost of international postage to Ireland.

An email sent to people who bought their tickets from the site said, "In order to ensure tickets are received in time, we recommend you use a trackable postage method to return the tickets to us. Any tickets not returned in time will not be eligible for a refund. Please note we are unable to refund you for the return postage."

There is justice for some, however, as the email notes that fans who bought e-tickets or have not yet had their physical copies delivered will be issued an automatic refund within the next seven working days.

This is not the first time Kiwi music lovers have run into problems with the online ticket reseller. They were taken to High Court and accused of 'extensive fraudulent behaviour' earlier this year by the Commerce Commission, sold tickets that proved to be fake to big events like All Blacks games and had Google suspended them as an advertiser.

Metallica were due to play two shows at Auckland's Mt Smart Stadium but announced they were postponing their Australian and New Zealand shows so frontman James Hetfield could return to rehab.

In a statement they said they were "devastated" they could not play the tour.

"We are truly sorry to inform our fans and friends that we must postpone our upcoming tour of Australia and New Zealand. As most of you probably know, our brother James has been struggling with addiction on and off for many years. He has now, unfortunately, had to re-enter a treatment program to work on his recovery again."

But all hope is not lost as they did say that they planned to "make our way to your part of the world as soon as health and schedule permit. We'll let you know as soon as we can."