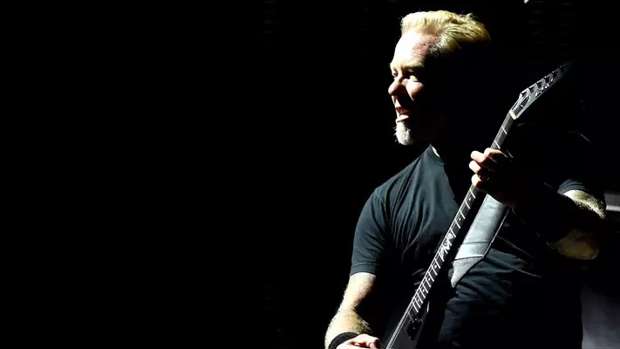 Metallica hasn't played a concert for a live audience in close to a year.

The band's S&M2 run of concerts in San Francisco early last September were supposed to be followed by some touring Down Under. But the dates were cancelled after frontman James Hetfield checked into an addiction rehabilitation program.

The news came as a shock to fans and Hetfield's own bandmates, as whatever he was struggling with was not evident onstage or even behind the scenes.

"We really didn't see it coming," bassist Robert Trujillo told Metal Hammer in a recent interview. "James seemed like he was fine, but then you look back and you try to analyze the situation over time and see where there were red flags. ...Being on the road can be very challenging, and I would imagine for James, to get up there in front of all those people and have to be 'on' [while] your family's not with you and all these things are going on, it builds up."

Guitarist Kirk Hammett added that he was shocked by Hetfield's revelation and he found the situation "deeply unsettling."

Hetfield himself reportedly completed the program on schedule and recommitted to his sobriety.

In late-February, before the COVID-19 pandemic led to widespread concert cancellations, Metallica withdrew from commitments to perform at the Sonic Temple and Louder Than Life rock/metal festivals.

"As part of my continuing effort to get and stay healthy, I have critical recovery events on those weekends that cannot be moved," he wrote in a statement. "...The reality is that I have not prioritized my health in the past year of touring and I now know that my mental health comes first. That might sound like a no-brainer for most of your but I didn't want to let the Metallica team/family down and, I alone completely compromised myself."

He added that overall his therapy was going well, and he intended to play all of Metallica's other scheduled tour dates.

Drummer Lars Ulrich, who started the band with Hetfield in 1981, told Metal Hammer in no uncertain terms that his bandmates are part of his family. He takes their health seriously.

"These guys have been in my life longer than anybody else other than my parents," he noted.

With touring in 2020 still out of the question, Metallica recently filmed a new concert which will be available for fans to enjoy on August 29 at drive-in movie theaters around the U.S.