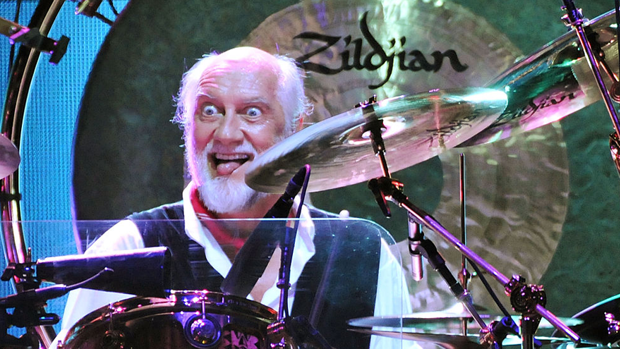 Mick Fleetwood admitted stories about his huge consumption of the drug are true but he is thankful he gave up when he did, though he insists he never made a "conscious decision" to quit his deadly habit.

He told The Sun newspaper's Bizarre column: "We could sit here and I go into some war story about snorting seven miles of cocaine.

"I guess we figured we did X amount a day, and then some goofball got out a calculator and came up with that seven miles figure and said, 'Isn't that funny?' And it sort of is. But not in the context of where I want to end up.

"There was never a conscious decision on my part to stop that lifestyle. I think it naturally just drifted away.

"I speak for myself, although Stevie (Nicks) has been outspoken about some of the choices she made too.

"It came to an end, thankfully. Because, God forbid, it could easily have ended the really bad way -- for sure, that could have happened. In some ways I'm happy I got through it and didn't bite the big bullet. But I just had a profound awareness and a realisation that enough is enough."

The 71-year-old musician is careful about glamorising talk of drug taking these days and he wishes he had taken more "responsibility" when he was younger.

He added: "I'm conscious that I want to speak appropriately about this. Because the romance of those war stories can adulate something which is not a good idea.

"The truth is the truth. But in many ways we shared too much information. Looking back, I can see an element of responsibility which I now regret not seeing before."