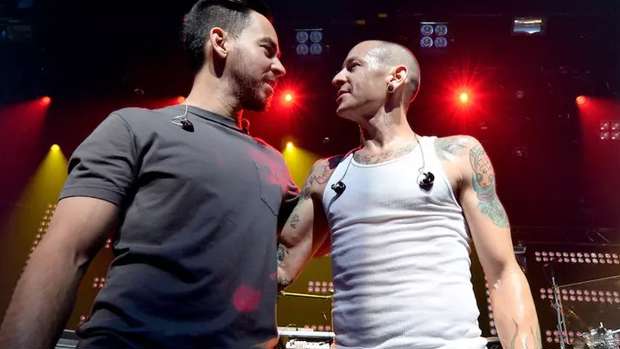 Before fronting Linkin Park, Chester Bennington was in a band called Grey Daze. Last month, the band released a tribute album called Amends that features the late singer's vocals, and while fans couldn't wait to hear Bennington's voice posthumously, there's one person who won't be spinning the new record.

During a new interview with NME, Bennington's Linkin Park bandmate Mike Shinoda confessed that he hasn't listened to the album, and he doesn't plan to any time soon.

“I haven’t heard it. They did it on their own," he admitted when asked what it was like listening to the project, since he wasn't a part of it. "I can’t listen to it. I don’t want to hear [Bennington's] voice. It’s hard enough for me to listen to Linkin Park albums. It has to be on the right day. I did watch some of his son Jaime’s video, though. I got through two minutes of it before it became a little too much for me.”

Though it may be too painful to hear Bennington sing, Shinoda did tease an unreleased Linkin Park song that features his vocals during a recent Twitch livestream. On Friday (July 10), the Linkin Park cofounder is releasing Dropped Frames Volume 1 — an instrumental album created during his daily Twitch sessions.