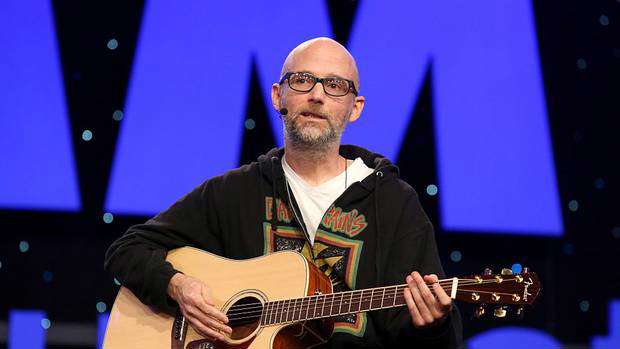 The 53-year-old musician claims he often "panics" when he finds himself in a serious relationship, and once ended up beating himself up when a romance he'd been in came to an end.

Writing in his new memoir, Then It Fell Apart, he said: "Whenever I tried to date someone seriously, the panic showed up: sleeplessness, muscle tightness, sweating and galloping, unrelenting thoughts. Before I dropped out of college in 1984, I'd been in relationships for months at a time without problems. But now I usually started panicking after a first date.

"One night, years earlier, after another relationship failed because of panic, my frustration and anger boiled over until I started punching myself in the face. I hit myself once. Then again. Then again, very hard, making myself fall backward onto the floor. For a second it felt good and even justified - I had punched myself in my worthless face. Then I was scared, because I didn't know if I was sane. Sane people generally didn't punch themselves in the face until they fell down."

The 'Porcelain' hitmaker dated Natalie Portman for "a few weeks" in 2001, and while he had enjoyed the short lived romance, he was "relieved" when she told him she had met someone else, because he had been too nervous to tell her he was "damaged".

He continued: "For a few weeks I had tried to be Natalie's boyfriend, but it hadn't worked out. I thought that I was going to have to tell her that my panic was too egregious for me to be in a real relationship, but one night on the phone she informed me that she'd met somebody else. I was relieved that I'd never have to tell her how damaged I was."

Moby enrolled himself in Alcoholics Anonymous (AA) meetings in 2008 after relying on alcohol to cure his "debilitating panic attacks", and says the group sessions helped him get on the right path.

He wrote: "I couldn't get close to women without having debilitating panic attacks; I couldn't go out and have fewer than 15 drinks; most days I was too hungover to get out of bed; and every afternoon when I woke up I was sad that I hadn't died in my sleep. I finally admitted to myself: that was unmanageable.

"And now it was October 18, 2008, and I was sitting at an AA meeting and staring at the floor. I wanted to look up, to see who else was in the room, but I was too ashamed.

"Fame and wealth were supposed to have protected me and given my life meaning. They were supposed to have healed everything. But I'd failed. Fame hadn't solved my problems and even my last loves, alcohol and degeneracy, didn't work any more. I settled into my chair and thought, I'm done. The tension left me as I sank into my defeat and I started crying. I raised my hand, still unable to look at the room or meet anyone's eyes. I didn't want to say it. But I knew, finally, that it was true. 'I'm Moby, and I'm an alcoholic.'"

Moby's book 'Then It Felt Apart' is set for release on May 2.

Where you can get help:

If you need to talk to someone, the following free helplines operate 24/7: