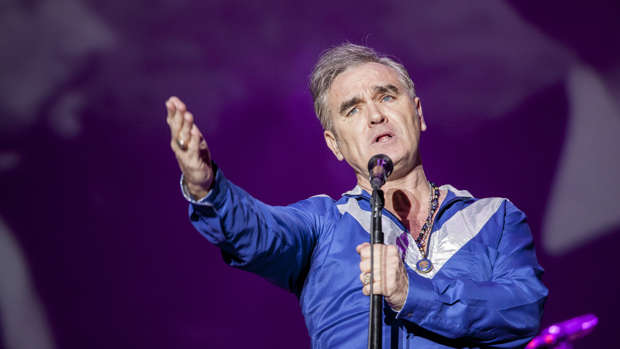 Morrissey has described UK law as "pointless" and has argued that neither of the major political parties in the country deserve anyone's vote because they support halal meat production, which is the Islamic method of animal slaughter

He said: "The Conservatives conserve nothing in modern Britain. In fact, they are the prime destructors of British heritage.

"Labour are no different from the Conservatives in that they do not object to FGM, halal slaughter, child marriage, and so on. There is no moral clarity with these people, and you shouldn't vote in a certain way simply because you always have.

"Do you have the nerve to vote differently? If you have any concern for animal welfare, for example, you cannot possibly vote for either Conservatives or Labour, because both parties support halal slaughter, which, as we all know, is evil."

The former Smiths star subsequently claimed that the halal production method requires approval from the "supporters of ISIS".

In reality, to carry out halal slaughter - which involves live animals having their throats cut and the blood being drained - a Muslim must seek a certificate of competence from the Food Standards Agency and also work in an approved abattoir.

But, in an interview on his official website, Morrissey said: "Halal slaughter requires certification that can only be given by supporters of ISIS, and yet in England we have halal meat served in hospitals and schools! UK law is pointless!"

Morrissey - who is a practising vegan - also took aim at the Jewish faith, likening kosher food to "humane rape".

He explained: "I am not saying that stunned slaughter is acceptable, because it couldn't ever be. If you use the term 'humane slaughter' then you might as well talk in terms of 'humane rape'.

The outspoken star claimed that animal rights ought to come before religious beliefs, adding he's not interested in "what people did 10,000 years ago".

Responding to the argument that halal meat production is done in the name of religion, Morrissey reflected: "Most murder is! But animals rights must come before religion. Religion must cease to be the only word. I am not interested in what people did 10,000 years ago. I am concerned about what is happening today."