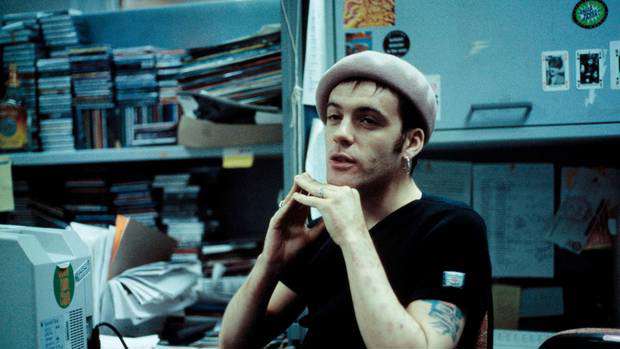 The Welsh rocker disappeared in 1995 at just 27-years-old and was officially presumed dead by authorities in 2008.

But a new book, supported by his sister Rachel, has revealed a theory that the musician staged his disappearance and is now laying low in Israel.

The book is called Withdrawn Traces — Searching For The Truth About Richey Manic, by Sara Hawys Roberts and Leon Noakes.

According to The Sun, it investigates the star's life and found his family had a history of disappearing - his Great-Aunt Bessie lived as a hermit for 80 years and his uncle Shane went "off the grid" after travelling to the US in the early 60s - and he had a fascination with recluses like JD Salinger.

The book is written from Edwards' personal archive and interviews with friends and family.

Hawys told Wales News: "With all the books and all the different things he'd left and all the things he'd spoken about before going missing there were some symbolic things in there that would lead you to think 'oh yeah he did plan his disappearance'."

She said there was a mystery woman called Vivian who was in a hotel with Edwards the night before he disappeared.

"Apparently the night before Richey was trying to give Vivian his passport saying 'I won't be needing this anymore,'" says Hawys.

They uncovered one theory which suggested Edwards had been planning to go to Israel, as one of his tattoos was based on Dante's The Divine Comedy including the word "Jerusalem".

Hawys said her co-author Leon Noakes was getting a haircut when when "the lady cutting his hair said 'he's actually living in a kibbutz in Israel, everybody knows.'

"As you can imagine, it took him back."

And Edwards' sister Rachel confirmed he had wanted to visit the Middle Eastern country before he disappeared.

Both of Edwards' parents, Sherry and Graham died without knowing their son's fate. His sister Rachel says in a foreword to the book:

"I was 24-years-old when I last saw my brother. 24 years have passed since the day that he went missing. I have been without him for half of my life. I am almost the same age that my mother was when her son disappeared."