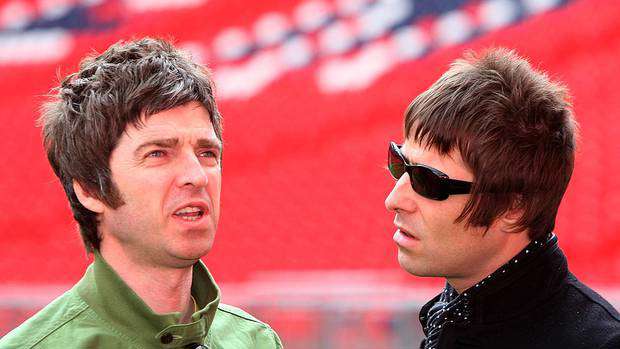 Liam Gallagher has apologised to his niece and mother after they got caught up in a feud between himself and his brother Noel and Sara Macdonald.

The Black Star Dancing hitmaker accused his estranged sibling Liam of sending a threatening message about Sara, Noel's wife, to the guitarist's 19-year-old daughter Anais, telling his niece to tell her stepmother to be "very careful" after Sara mocked the Oasis frontman ahead of his performance at Glastonbury Festival over the weekend.

Liam's alleged text message came after Sara made a now-deleted post on Instagram about whether she'd be watching her brother-in-law's set which read, "Think I'm going to swerve that. The fat t**t doing his tribute act balancing a tambourine on his head is going to look pretty dated after Stormzy."

However, now Liam has issued an apology to his niece Anais and his mother Peggy for them "getting caught up" in the "childish behaviour".

He wrote on his official Twitter account: "My sincere apologies to my beautiful mum Peggy and my lovely niece Anais for getting caught up in all of this childish behaviour I love you both dearly LG x (sic)"

The lengthy comment posted on Twitter read: "So you're sending threatening messages via my teenage daughter now are you? You always were good at intimidating women though, eh? What you planning on doing anyway? Grabbing my wife by the throat to show her who's boss ... or maybe trying to waddle through our double gates and performing "S**twave" in the communal garden or daubing your w**k lyrics on the toilet walls? If I wake up to find one of the kids gerbils upside down on the cheese board with a knife in it I'll sure to inform the local care in the community officer. And don't try and kidnap the cat either we've just employed Ross Kemp as his close protection officer. Enjoy the summer big t*ts. Catch up soon."

Noel and Liam have not spoken since the guitarist quit Oasis in 2009 following a massive backstage row before a headline festival appearance in Paris, which ended with Liam swinging a guitar at his older brother's head "like an axe".