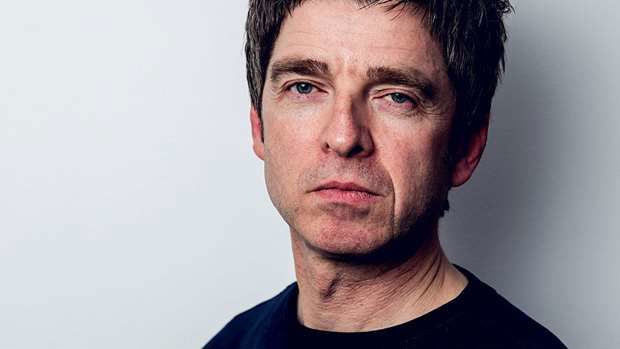 Noel Gallagher has been "p***ed every night" of the coronavirus lockdown.

The 52-year-old rocker recently revealed he stockpiled booze out of panic during the pandemic and the former Oasis guitarist has admitted he's "loving" life getting drunk "every day".

Noel - who has daughter Anais, 20, with ex-wife Meg Mathews and sons Sonny, nine and Donovan, 12, with spouse Sara MacDonald - only goes outdoors for a bike ride and he refuses to go to the supermarket himself.

Speaking on Matt Morgan's 'Funny How?' podcast, he confessed: "I've been p***ed every night for like a month. I have to say I'm loving it.

"I have not left the house for a month apart from a bike ride. I send someone else to the shop."

The 'Cigarettes and Alcohol' songwriter - whose estranged sibling and former bandmate Liam Gallagher, 47, often logs onto to Twitter to throw jibes his way - also admitted that he's ditched social media because he finds it "boring".

He said: "I could not get on Google. I was active on social media for about a year and then it got boring.

When lockdown began in the UK, the 'Black Star Dancing' singer admitted that he went out and bough as much alcohol as he could to see him through the days and nights at home.

Noel had said: "I've been panic buying booze. Now that the pubs are shut the only thing to now is to drink your way through it.

"If you don't leave the house you'll be OK. I don't see anybody anyway, I ride my bike where I live and you get the odd car on the road but I don't stop to talk to anybody. I can easily shut the door and stay in."

The 'Supersonic' hitmaker described how he began panic buying alcohol after noticing it had all sold out in his local supermarket.

Noel, who now lives in Hampshire, explained: "We're out of London, so well away from the mad house, we're alright. I live 75 miles outside of London now, so it's different out here, I was in the supermarket because I wanted to see the bare shelves. I was in there because I thought, 'I'll get a load of booze'. And all that was there was a load of gluten-free Peroni. All the beers were gone!

Noel remarked: "What I want to know is what is it with the toilet roll? I live in ignorant bliss of everything, I don't watch the news, but when I heard that people were buying toilet roll, I thought, 'Oh, does it give you the s**ts?' It was like, 'No.'

"But people are mass buying toilet roll and hand sanitiser. I'm just going to wipe my a*** with one of my children."

Noel - who has spurned Liam's request to reform Oasis for a charity gig after the pandemic ends - also admitted that he feels "f***ing lucky" as he is a better position than others to deal with the disease.