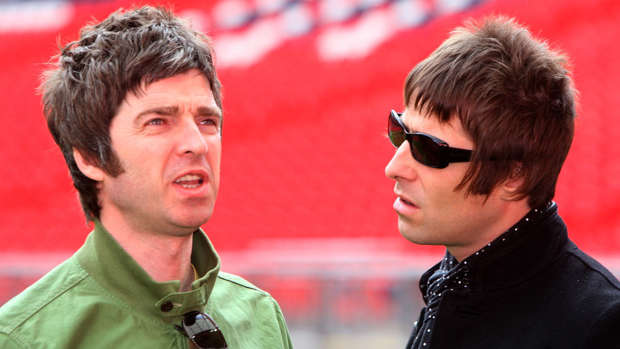 Noel Gallagher - who has daughter Anais, 19, from his marriage to Meg Matthews and sons Donovan, 11, and Sonny, eight, with wife Sara MacDonald - doesn't want his kids to "benefit" from the demos as there's other aspects of his musical legacy they will receive so would rather cash in when he can and splash out on the profits.

Discussing how he will soon get to own the rights to his former band's music again in four to five years, he explained to 'Late Night' host Seth Meyers': "Trust me, I will be selling mine to the highest bidder. Well, what am I going to keep them for? So my kids can benefit? Nah.

"I'm going to sell them and then I'm going to buy a plane, a yacht, I want a chimp with a top hat, and I'll buy a rocket, and I'll leave the kids with the other stuff from the 2000s."

And the 'Black Star Dancing' hitmaker joked he'll be splashing out on his new pet.

Noel and his brother Liam have barely spoken since Oasis disbanded in 2009 and he's again stressed there's no chance of their group getting back together.

Pressed on the possibility of a reunion, he replied: "I sincerely hope not."

The 'Don't Look Back In Anger' singer recently slated Liam's Glastonbury Festival set and said he was "embarrassed" by his sibling's performance.

He explained: "I don't think I've ever been so embarrassed for a man in my entire life. He's pulled off the incredible magic trick of making those Oasis songs sound weedy and thin.

"And he looked like he was having the worst day of his life, walking around in what looks like a pair of my son's pyjamas, shouting into a mic about some perceived injustice ... if you can't sing 'em, don't play 'em!"