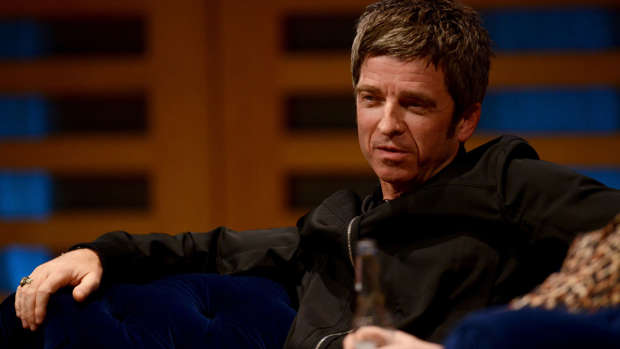 Although Noel Gallagher partied hard in his youth, he no longer enjoys cocaine and now finds it boring when other people start taking it at parties.

"I could sit with people smoking and all that. You just know that when the coke comes out the night is going to take a sh*t turn. It's always like fun and games and once someone gets the coke out then all of a sudden it's 'Well, it's time for me to go anyway, because this is now boring'."

Noel also insisted that he found it easy to quit cocaine and he didn't need rehab to do so.

"I woke up one morning and said: 'That's it'. I gave up smoking by accident. I just didn't have another f**kng cigarette. It wasn't, 'Today I am going to attempt to give up smoking'. [Similarly] I'd had enough of drugs. I think at the time I was thinking that I'm going to give up drugs for f**king six months and see what happens.

"I wasn't planning on such a major lifestyle change. But after about two weeks I was like I f**king much prefer this! Much prefer it."

However, Noel admitted some of his best work occurred when he was high.

He said: "I've written songs on coke and it's been complete gibberish and it has been f***king amazing. 'Supersonic', for instance. Then I've written s**t like a lot of 'Standing On The Shoulders Of Giants' where I had nothing to say. And I was literally trying to make the words rhyme because we had a tour booked and we had to go on tour. But that's part of it."