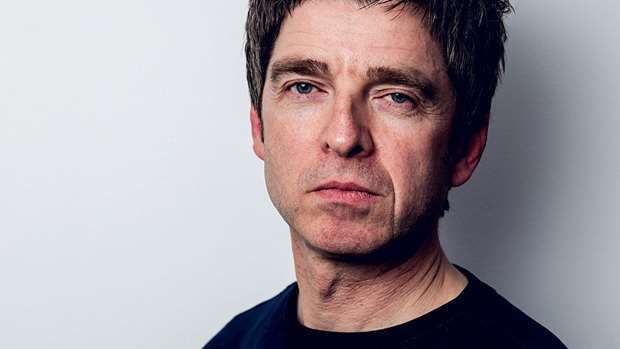 Noel Gallagher thinks his brother Liam was "weak" for not standing up to his ex-wife Patsy Kensit over a famous photoshoot they did together.

The 52-year-old star has hit out at his sibling's decision to pose alongside Patsy semi-naked on a Union Jack bed for the London Swings Again! issue of Vanity Fair magazine back in 1997.

Noel - who is involved in a long-running feud with his former Oasis bandmate - said: "We didn't want to get involved in a London Swings Again thing. We were bigger than all that - it was, 'They're not using us to sell their f***ing magazine.'"

The chart-topping star thinks Liam, 47, was convinced to appear in the magazine by his ex-wife.

In an interview in new Britpop book, 'Don't Look Back In Anger', Noel says: "Liam's missus f***ing got him in a headlock! She was like, 'I'm going to be on the cover, but they'll only put me on the cover if you're on it'. Liam's a weak man so he went along with it."

Noel thinks his brother looked like an "idiot" on the front of the publication.

He said: "Liam looked like an absolute f***ing idiot with a nipple on his head, looking like a f***ing baby bottle with his f***ing missus in a Union Jack bed, topless. Ooh. Rubbish."

Noel's putdown about Patsy and his younger sibling follows months of verbal barbs directed at the guitarist and his spouse Sara MacDonald by Liam.

The 'Wall of Glass' hitmaker has repeatedly referred to Sara as a "witch" on Twitter and blames her for Noel's refusal to reform Oasis, after he quit in 2009.

Noel has previously stated that "every tweet" his estranged younger sibling Liam posts about him and his wife is "another nail in the coffin" for an Oasis reunion.

The 'Black Star Dancing' songwriter said: "It's strange behaviour for someone who is gagging for me to pick up the phone and say let's do it.

"He'd put his whole life on hold to get Oasis back together. But every tweet he sends out its another nail in the coffin of that idea."