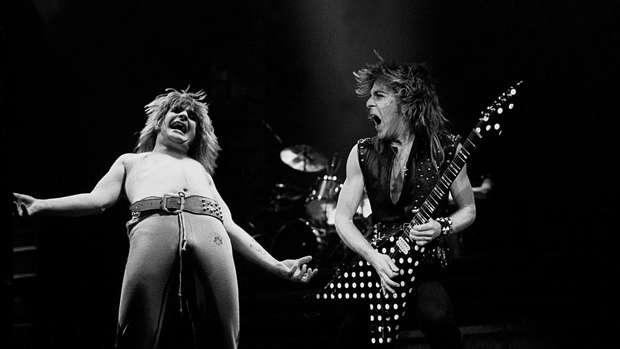 Ozzy Osbourne has personally offered a $25,000 reward for the return of his late friend's guitars.

The Black Sabbath singer has made a plea for the various items, which used to belong to his pal Randy Rhoads, that were stolen from the Musonia School of Music in North Hollywood to be returned.

Sharing pictures of the stolen items on social media, he wrote: "As many of you have heard, the Musonia School of Music in N. Hollywood, CA (the school where Randy Rhoads famously taught guitar) was viciously robbed on Thanksgiving night. Musonia was run by Randy’s late mother, Delores, and after his death 37 years ago, the school became something of a pilgrimage to his fans from all over the world.

"It is a place where the Rhoads Family happily opened their hearts to share the life of Randy. As you can imagine, the items that were stolen, including Randy’s first electric guitar, are irreplaceable to the Rhoads Family. I am heartbroken that these treasured physical memories of Randy and Delores have been taken from the family so I’ve decided to personally offer a $25,000 reward for information leading to the arrest and conviction and/or return of all stolen items. (sic)"

The items stole included Randy Rhoads' first ever electric guitar, a Harmony Rocket est. 1963; Randy Rhoads' Original Quiet Riot Gear 0 a Peavey Amp Head from the 1970s; Randy Rhoads Series Marshall Head, Rare Protoype No. 1 or 2 given to the family by Marshall Company; Delores Rhoads’ First Trumpet, a Prewar/Great Depression Era Silver Fresh Besson Trumpet. Explaining the significance of this item, they added: "This was given to her as a child by her medical doctor father in exchange for medical services as a barter during the great depression. This subsequently sparked Delores Rhoads long lived music career."
This article was first published on BANG Showbiz and is republished here with permission.