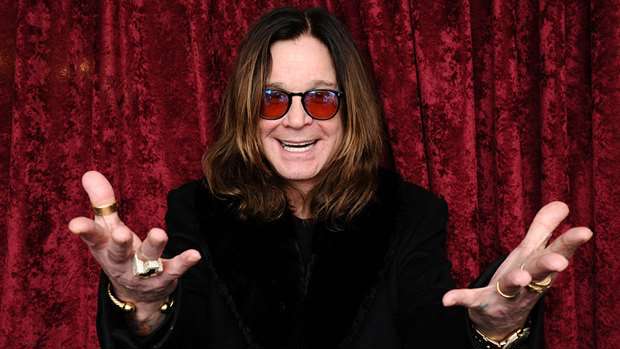 Ozzy Osbourne - who recently revealed he's been diagnosed with Parkinson's disease - has admitted that writing his new album, 'Ordinary Man', and working with producer Andrew Watt gave him a renewed sense of purpose.

Ozzy - who also suffered serious injuries after falling at his Los Angeles home in 2019 - shared: "I didn't know who Andrew was but I learned he's a big producer for these kids.

"Andrew got me out of my house, you know. He got me off my back. He got me doing something I love and it came together really quickly."

Asked whether he poured his heart into the new record, Ozzy told The Sun newspaper: "Well, I had nothing else left. Someone once told me, 'Most writers do their best stuff when they're miserable'. And I've been pretty miserable lately."

Meanwhile, Ozzy recently claimed that his marriage is "better than ever".

The rocker has been married to Sharon Osbourne since 1982, and despite his ongoing health troubles, he feels happier than ever in his relationship.

He said: "Poor old Sharon's been a mum, a dad, everything. She works non-stop.

Ozzy also revealed how the pain caused by his neck injury compares to his Parkinson's diagnosis.
He explained: "If I had a choice between the Parkinson's and the f***ing neck, I'd go for the Parkinson's. I've been laid up for a year now.

"First I had an infection in my hand - that pulled me off the road - then I got pneumonia, then I had the fall, then I had surgery and here I am today. It's driving me nuts."