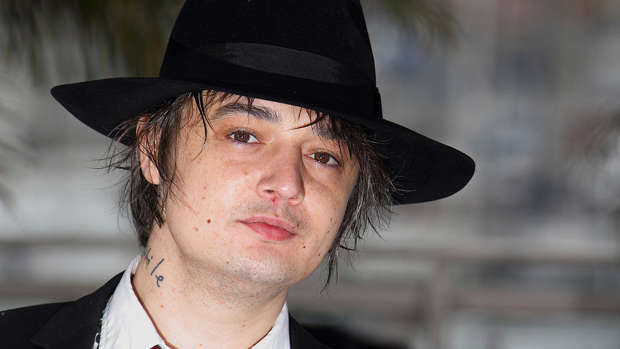 Pete Doherty believes his drug addiction is a "mental deficiency".

The Libertines rocker wishes he was clean so he could "feel things" but he admitted that after entering rehab in Thailand, he managed to stay sober for just "10 minutes" when he returned home.

Asked how long he stayed away from heroin and crack, he admitted: Honestly? For about 10 minutes after I got back to Margate.

"Because my brain thinks I enjoy it. My heart wants to know what the f**k is going on. Why am I wasting my time and money and friendship and love and energy and creativity on some grotty dessert?"

Asked if he'd like to be clean, he added to The Guardian newspaper: "Yes, a part of me would. Just so I can feel things. There are so many people in my life who deserve better. It really is a mental deficiency."

The 40-year-old musician thinks he'd be much better off if he was able to escape his addictions.

He said: "I'd be a force to be reckoned with! I'd have money and self-respect and clean hands."

The 'Can't Stand Me Now' singer was estranged from his father for several years because of his drug addiction but he's praised his "incredible" dad for his efforts to reconnect.

He said: "He's an incredible man. He's gone from not talking to me because of drugs to going online and looking up drug slang.

"He said to me: 'Have you got your Christmas stash or are you bugging out?' I was like: 'What the f**k?!' It was a way of putting his hand out to me, reconciliation."

Pete feels "a little blessed" to still be alive but despite his destructive habits, he insists he's never wanted to die.

He said: "There have been desperate times when I've thought, just give me peace, but very, very rarely.'..

Genuinely? He looks at me with utter sincerity. "I gee people up around me. They always think I'm ill or dying because I'm out with the pipe. But I love it. I love life.

"I squeeze everything I can out of the day. I mourn every passing f***ing dawn. I love that time when the light cracks over Margate, man, and I'm down on the beach with my dogs or my girl or my guitar. Glorious. Glorious. GLORIOUS!"