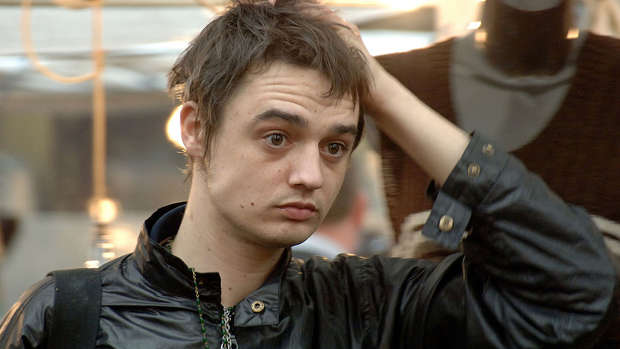 Pete Doherty had been out walking his two Siberian huskies when one of the dog picked up the spiny mammal, and his attempts to free the terrified animal meant one of the spines ended up lodged in his finger, leading him to hospital to get it removed and treated in case of infection.

Pete subsequently had to pull out of his appearance on BBC Radio 5 Live on Monday (29.04.19), and 'Afternoon Edition' host Nihal Arthanayake revealed the bizarre news to his listeners.

He said: "Pete Doherty is now in hospital having the infected hedgehog spine removed from his finger.

"We wish Pete well because whatever has happened is serious enough that he has not been able to make it."

Thankfully, the prickly incident won't stop the 'Broken Love Song' hitmaker from kicking off his tour in Belfast on Friday (03.04.19).

His rep has confirmed the unusual injury and added that Pete was hurt trying to protect the animals from each other.

They told The Sun Online: "Pete was trying to protect the hedgehog from the dogs, and vice versa."

Meanwhile, Pete recently insisted that Brexit will be good for the British music industry and he is excited for the "incredible backlash" reaction from musicians when the United Kingdom leaves the European Union.

Asked if he felt Brexit would be bad for the music industry specifically, he previously said: "No, it'll be the best thing in the world for music. You'll see, you'll get the most insane new wave of the most incredible [acts]. You see the difference between writing a poem in prison and writing a poem in a cottage by a lake, you know. There will be an incredible backlash."