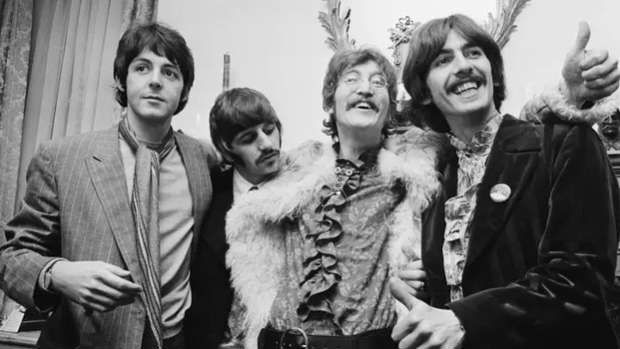 A new documentary looking at the recording of The Beatles' final album will premiere in the U.S. and Canada on September 4.

The Beatles: Get Back, directed by Peter Jackson, was compiled from over 55 hours of previously unreleased footage of the band crafting its Let It Be album in the studio. It also features scenes from the band's famous rooftop performance on London's Savile Row.

"Working on this project has been a joyous discovery," Jackson said in a statement. "I've been privileged to be a fly on the wall while the greatest band of all time works, plays and creates masterpieces. I'm thrilled that Disney have stepped up as our distributor. There's no one better to have our movie seen by the greatest number of people."

The Hollywood Reporter notes that Jackson has previously said that the upcoming film was a cooperation between himself, Paul McCartney, Ringo Starr, Yoko Ono and Olivia Harrison.

The initial footage was filmed in 1969 by Michael Lindsay-Hogg and used to create the Let It Be film in 1970 that appeared to show The Beatles in the midst of their breakup.

But Jackson's film has been described as a reexamination of those recording sessions which paints a more positive picture of one of the band's last projects together.

Although Let It Be was the last Beatles studio album to be released, it was mostly recorded before Abbey Road. The band continued to tinker with Let It Be after Abbey Road's 1969 release.

Disney says a fully restored version of Lindsay-Hogg's Let It Be film will be released after Jackson's film.