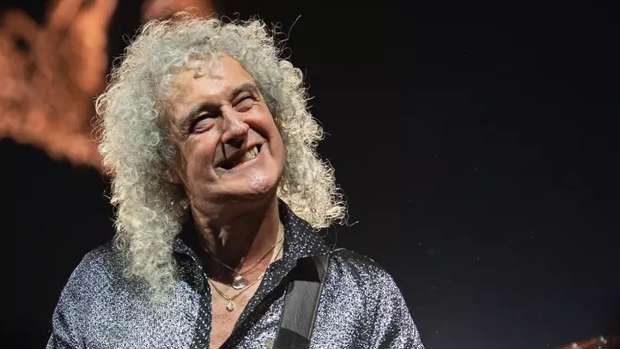 It's a unclear exactly what an Australian paparazzi did to get on Brian May's nerves recently, but the usually collected Queen guitarist was not having any of it.

May was mingling with a group of fans after arriving at Brisbane Airport from New Zealand when he became annoyed at a cameraman, who was apparently shooting for the local outlet 7NEWS Brisbane.

Between autographs, photos and hugs with the group, the Rock and Roll Hall of Famer repeatedly asked the cameraman to stop filming.

"All right, is this going to get ugly?" he asked, after being ignored again. "Because you put it down or else something ugly happens. Do you understand? You stop now. I'm serious. I'm deadly serious."

It did get ugly when the paparazzi put away his camera, only to continued filming on his smartphone. May did not think the maneuver was very slick and began to approach the man.

"Oh, the guy's doing it on his phone now," May said. "You're so clever, aren't you? What a parasite you are. Just leave us along, will you? Do you not understand? all right, all right. You go away now."

Another man jumped between May and the paparazzi and herded the guitar hero to a waiting car. May apologized to the group of fans before sitting down inside.

You can watch video of the tense encounter below.