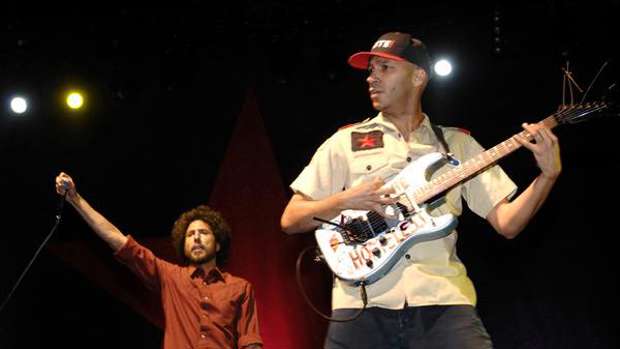 After confirming its 2020 reunion, Rage Against the Machine has announced its full worldwide headlining tour, which will run from late-March to mid-September.

As previously announced, the tour will begin along with several dates near the U.S.-Mexico border.

In a press release Monday, the band announced that 100 percent of its proceeds from the concert in El Paso, Texas; Las Cruces, New Mexico; and Phoenix, Arizona, will benefit "immigrants rights organizations."

But when will we hear about a New Zealand gig?