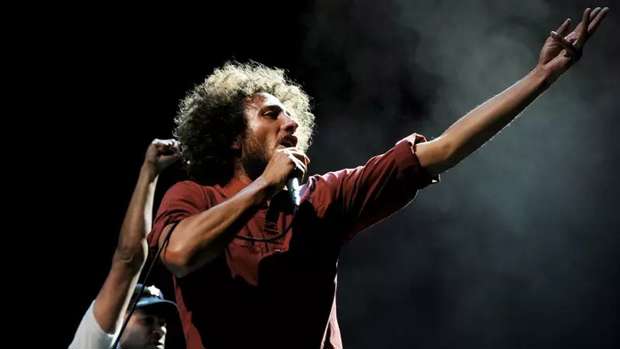 Rage Against the Machine is coming east this spring with a headlining slot at the Boston Calling festival on Saturday, May 23.

In all, this year's Boston Calling includes 60 artists performing across five stages over three days at the Harvard Athletic Complex in Allston, Massachusetts.

The band is expected to play several North American festivals, in addition to Coachella, Boston Calling and Firefly but has yet to confirm anything beyond the cities (Chicago and Louisville) in which the band will be appearing.

After years of questions and speculation, Rage Against the Machine confirmed this past fall that the band was indeed reuniting in March after a nine-year hiatus.

The band announced a handful of 2020 tour dates in November, suggesting that Zack De La Rocha, Tom Morello, Tim Commerford and Brad Wilk will also be taking their tour to the U.K. Europe, Asia, Australia and South America.