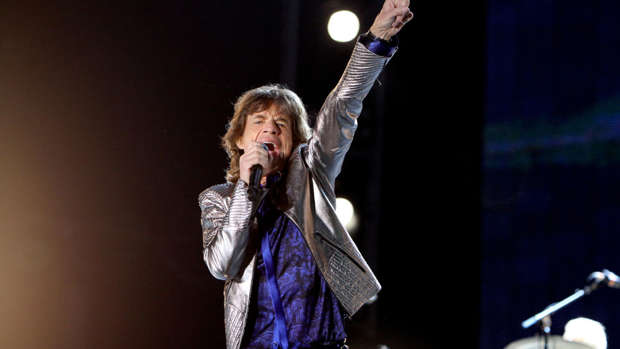 The Rolling Stones guitarist heaped praise on the 'Satisfaction' frontman after his "superhuman" recovery from heart surgery, and thinks his 75-year-old friend's fitness regime has "done him plenty of favours".

Speaking in Chicago as the band kicked off their No Filter North American tour - which was delayed due to Mick's operation - Ronnie told The Sun newspaper: "The doctors said they've never operated on an athlete at 75 before - we had a really good laugh about that.

"He's just so fit, he sets aside three hours a day to do exercise and that's done him plenty of favours in later life. He's superhuman really.

"Usually if this type of operation is done on a 75 year old not in retirement they go back behind a desk. They've never had a case where the guy hasn't had a desk job. He's a medical marvel, is Mick."

Ronnie, 72, even suggested the legendary singer is even fitter than ever before.

The current tour dates come after the group had to postpone the original run in April, while Mick underwent heart valve replacement surgery.

His Superheavy bandmate Dave Stewart recently opened up about the 'Paint It Black' singer, and revealed he was even working out while they were in the studio together.

He previously explained: "There was one time, we were in his place in Mustique, and he has a room that's a cross between a gym but it had a nice echo-y sound so we were recording in there, but while I was busy working out something, he'd just do a 120 press-ups.

"And then we were doing something else he'd do 300 sit-ups. And then running six miles."