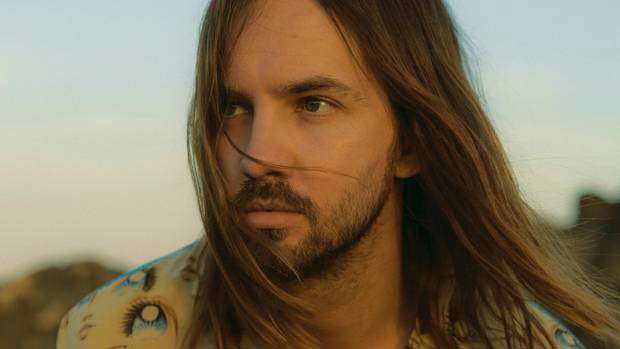 The concept of time passing is prominent in Tame Impala's new album, but after a five-year wait, Kevin Parker admits he's relieved 'The Slow Rush' is finally finished.

The man behind the Australian psychedelic rock outfit is excited ahead of the album's release tomorrow and says at times the recording felt like an ordeal that would never end.

"I'm just glad I'm on the finished side," a relaxed Parker tells TimeOut from the boardroom at Triple J's radio studios in Sydney.

"There were times when I was just thinking 'Am I ever going to finish this f***ing thing?'

"So I'm just glad that it's finished and I still love it, which is big for me."

Recorded, produced and mixed by multi-instrumentalist Parker between his twin home studios in Fremantle and Los Angeles, it clocks in at just under an hour with 12 tracks full of blissed-out melodies and dreamy melancholia.

'The Slow Rush' melds genres to move beyond the synthesised stylings of its predecessor, incorporating drum breaks, late-80s acid house piano riffs, and elements of disco, with pieces of autotune, and acoustic guitars.

Kiwi fans can look forward to hearing the new material when Tame Impala arrive for their biggest New Zealand show to date at Auckland's Spark Arena on April 16.

"I'm always trying to push myself into new genres and there's just so many different kinds of rhythms," Parker explains.

"I feel like this is my most rhythmic album and most percussive, like even with piano and percussion and drums.

"I wanted the rhythms on this album to be my most powerful. I just wanted to turn everything up just to make everything more adventurous."

'The Slow Rush' was also shaped by experiences Parker shared with music industry heavyweights, who were drawn to his sound and talents in the wake of 'Currents' success.

Parker admits those projects distracted him from his own work but credits them for helping him find his focus during the creation of 'The Slow Rush'.

"There were just so many other things that I wanted to do that took my intrigue," he says.

"Part of the idea of collaborating with people was to go out of my comfort zone.

"Also I knew that if I forced myself to start working on an album before I truly wanted to it just wouldn't have been as good.

"[Collaborating] was just perspective above all else. Getting a new and better perspective because whenever you learn how other people do things you learn so much.

"And that's also something that I wanted to have with me when I was working on an album.

"It just makes you see your own thing in a new kind of light, in a more enlightened way, for better or worse."

Tame Impala's new album 'The Slow Rush' is out February 14, ahead of their Auckland show at Spark Arena on April 16.