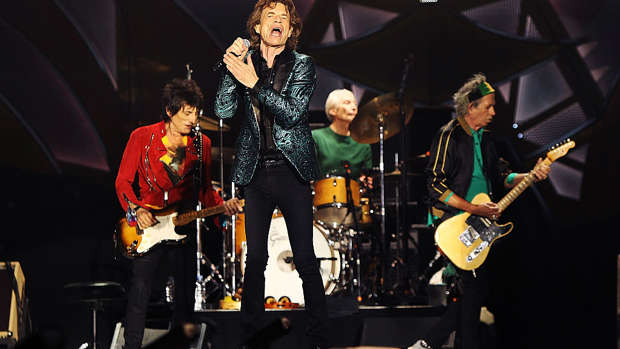 The 72-year-old rocker beat lung cancer in 2017, while frontman Sir Mick Jagger, 76, underwent heart surgery earlier this year, Keith Richards, also 76, suffered a brain hemorrhage after falling out of a tree in 2006, and Charlie Watts, 78, has also battled cancer.

After they all came out of their major medical situations healthy again, Ronnie is convinced nothing can destroy the band.

He told The Sun newspaper's Bizarre column: "After 50 years of chain smoking, my life was hanging by a thread, but I survived.

"The doctors were able to remove the tumour from my left lung, thank God the cancer had not spread.

"Not to forget Charlie, who had laryngeal cancer a few years ago, and Keith, with his heavy bleeding after falling from a palm tree. Everything went well, a big miracle. The Stones are simply indestructible."

And the veteran guitarist claims his lungs are now healthier than they've been in decades.

He said: "Now my lungs are working like a young man who never smoked. I finally quit smoking four years ago. The Seventies were by far my wildest time."

These days, Ronnie leads a much quieter life with his wife Sally, 41, and their three-year-old twin daughters, Alice and Gracie, and he's still taking sobriety one day at a time.

He said recently: "Sally was never bossy, and like, 'You've got to stop'. She appreciated me both ways, but much more now I don't smoke, drink and drug.

"It's a daily process staying sober. I have my meditation books, and start the day with a plan. One day at a time is fine."

And Ronnie - who has four adult children from his two previous marriages - is determined to make the most of every minute.