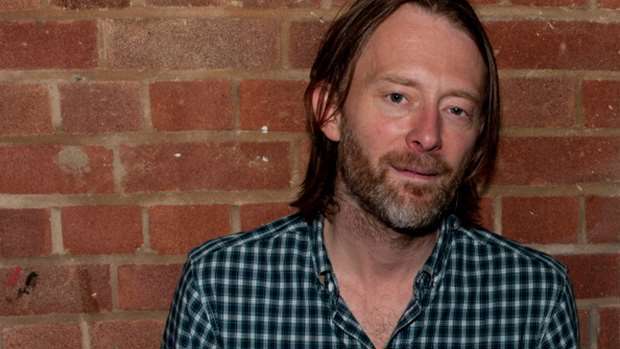 Radiohead frontman Thom Yorke believes he has blown his chance of ever receiving a knighthood due to his outspoken comments about politics in Britain.

The 'Karma Police' singer is prepared to use his fame as a musician to state his political beliefs and is an activist for Greenpeace, and since Boris Johnson became the UK Prime Minister he has not been shy to criticise the new leader.

Yorke - accepts that his opinions mean that he is very unlikely to ever receive the honour of being bestowed a knighthood by Queen Elizabeth for his services to music like Sir Mick Jagger, Sir Paul McCartney and Sir Rod Stewart.

During an appearance on 'The Late Show with Stephen Colbert' he was asked by the host if he thinks he'll ever become Sir Thom, to which he replied: "I think I've blown that chance. When our current glorious leader got in, I put in an offensive enough message to, uh-yeah, I've got no chance now."

The day before Boris got the keys to Number 10 Downing Street, the English rock star posted on Twitter: "F**k You 'Prime Minister."

Although the British monarch officially grants knighthoods and other royal honours, the vast majority of people who make the New Year Honours list are handed out on the recommendation of the Prime Minister.

The 50-year-old musician also went on to tell Colbert that he believes the UK's insistence on leaving the European Union and Boris' willingness to leave without a negotiated exit deal are worse than America's problems with President Donald Trump.

He said: "You have at least the chance to push him off the cliff - just him. We’re tied to these guys. They’re tying us up and they’re going to take us off the cliff with them, and as they do it, they’re saying they’re the will of the people. It’s kind of disturbing. We live in strange times."