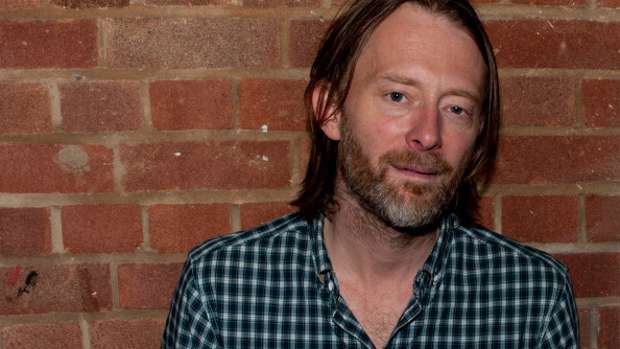 Radiohead frontman Thom Yorke has made the list of 15 artists who are in the running to make the final five nominations for his song 'Suspirium', which features in horror remake 'Suspiria' at next year's ceremony - which takes place in Los Angeles on February 25.

The 50-year-old musician is joined on the list by the likes of Lady Gaga and Bradley Cooper for 'Shallow' from 'A Star is Born', Kendrick Lamar and SZA for 'All The Stars' from 'Black Panther' and Emily Blunt who has been named twice for her performances in 'Mary Poppins Returns' for 'The Place Where Lost Things Go' and her duet with Lin-Manuel Miranda in 'Trip A Little Light Fantastic'.

Gal Gadot and Sarah Silverman are both in contention for 'A Place Called Slaughter Race' from Disney animated sequel 'Ralph Breaks the Internet', whilst Dolly Parton makes an appearance on the list for 'Girl in the Movies' form the recent Netflix movie 'Dumplin'.

Other tracks on the list include the folk song 'When a Cowboy Trades His Spurs for Wings' from the Coen Brothers' 'The Ballad of Buster Scruggs', the song 'Treasure' by Sampha from true story drama 'Beautiful Boy'.

Sade's 'The Big Unknown' from 'Widows', Jennifer Hudson and Diane Warren's 'I'll Fight' from 'RBG', Arlissa's 'We Won't Move' from 'The Hate U Give' and 'OYAHYTT' by the Coup and Lakeith Stanfield for 'Sorry to Bother You' and Quincy Jones, Chaka Khan, and Mark Ronson's 'Keep Reachin' from documentary 'Quincy' are all on the shortlist.

The shortlist for the Best Score Academy Award has also been announced and among the 15 films named are 'Mary Poppins Returns', 'A Quiet Place', 'Ready Player One', 'Black Panther'

'BlacKkKlansman' and 'Isle of Dogs'.