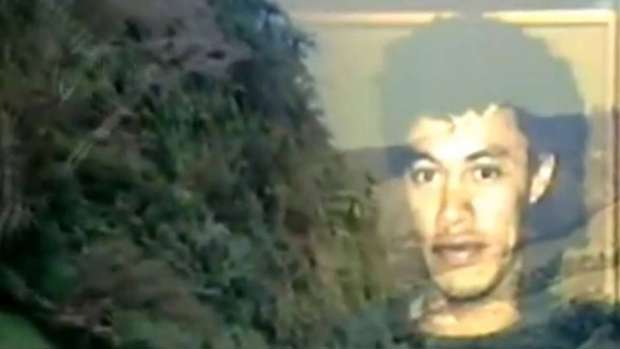 U2 will honour a late Kiwi friend when they return to New Zealand to begin their Joshua Tree 2019 tour next month.

The Irish rock band is planning a special tribute to their former roadie, Greg Carroll, when they play two shows at Auckland's Mt Smart Stadium on November 8 and 9.

Carroll famously charmed his way into a job with U2 during their first visit to our shores for The Unforgettable Fire tour in 1984. He developed a close friendship with the band's lead singer, Bono, and later worked as his personal assistant, before he was killed in a motorcycle accident in Dublin in July, 1986. He was 26-years-old.

Beginning the Australasian leg in Auckland will give special meaning to the tour as the band revisit their classic 1987 album and the iconic single One Tree Hill, which both commemorate their dear friend.

"Greg's someone we've never forgotten. Obviously the album is dedicated to him. And even though One Tree Hill, if you read the lyrics clearly, it's about other things as well, but it's very much Greg's spirit in that song and indeed in the album.

"In the past when that song has been played in New Zealand we've always tried to make it special for them and I'm sure we'll do something for Greg again."

"This young lad came up to us and basically said, 'hi, my name's Greg, can I have a job?' to which we said, 'bugger off'," he explained.

"He was obviously just a great spirit and a real live-wire, and he ended up helping out."

Carroll's big break led to him being invited to continue working throughout the Australian tour leg, after which he relocated to the UK to take up a fulltime gig with the band.

Footage of U2's 1985 Live Aid performance captures the good looking Maori boy from Whanganui going about his work onstage in front of 72,000 fans at Wembley Stadium and an estimated television audience of 1.9 billion.

Carroll's sister, Christina Asher, says it's no surprise that her charismatic brother quickly became a welcome addition to the U2 family.

"He was just a very open and friendly guy, a bit cheeky, confident and intelligent," she said.

"He's all about the manaakitanga, looking after people, and whanaungatanga - if you're going to work with people then they become your family. And the Irish are also very good like that."

The circumstances of his death greatly affected the band, particularly Bono. The frontman had asked Carroll to deliver a motorcycle to him on a cold and wet night before he was hit in a head-on collision.

"It was really a shock to the system because we were young, we were still mid-20s," said Williams. "Particularly for Bono, it was a very, very big blow."

The band made arrangements for Carroll's body to be returned home to New Zealand, accompanied by Iredale and U2's long-time sound engineer Joe O'Herlihy.

They were followed by Bono, his wife Ali, U2 drummer Larry Mullen, his long-time partner Anne Acheson, and Carroll's girlfriend Katy McGuinness (sister of the band's manager Paul), with the group all attending Carroll's tangi at the Kai Iwi Marae.

During the service, Bono sang Let It Be and Knockin' On Heaven's Door, and also gave a reading at Carroll's graveside at Aramoho Cemetery, as his friends and family said their final farewells.

Upon returning to Dublin, the band held a memorial service for Carroll. Days later, Bono penned the lyrics for One Tree Hill, inspired by his friend who had first taken him to the Auckland landmark after their initial meeting in 1984.

The song was later released as a single in New Zealand and Australia, with the accompanying music video featuring images of Carroll, the Whanganui river, and footage from the tangi.

The band refrained from performing the song throughout the first two legs of The Joshua Tree 1987 tour, as Bono was concerned he would be overcome by emotion. For many years after, the track was played sparingly, most often on their return visits Down Under, while it now features in every show of the current tour as they play the album in its entirety.

"I didn't go (to the tangi) but there were three or four of the crew went and the band went, and on subsequent visits to New Zealand there have been outings down to Whanganui. It has become a pilgrimage," Williams explained.

Asher understands the burden the band carries, but appreciates them maintaining connections with the family.

"They always ask about mum. They are really lovely guys, they really are.

"It's just sad that he died so young. If he had lived longer he'd probably still be with the band."

The significance of The Joshua Tree album means it will be a particularly poignant occasion when the family gather in Auckland to attend one of the upcoming shows.

"Mixed feelings sum it up. The whole family comes from all over the country, and people who grew up with Greg, my cousins from Whanganui. We go and hang out with them for a bit.

"It brings us all together again but it's very sad and it's hard on mum, but she's very philosophical."