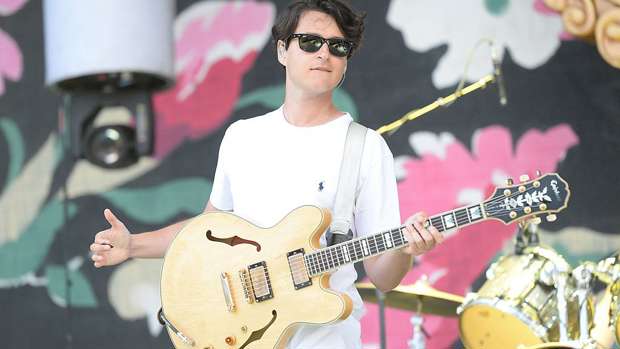 “We went back to revisit some of our favorite shows from last year and put together a little something based around two beautiful nights in the Sunshine State,” the band wrote on social media.

In addition to featuring live versions of tracks off the band's latest album, Father of the Bride, there are a few older fan favorites on the 27-minute EP such as Contra's “White Sky.”

In May, fans got a sneak peek at Ezra Koenig's home studio when he celebrated the one-year anniversary of Father of the Bride with an at-hope performance on The Tonight Show: At Home Edition with Jimmy Fallon.

Earlier this year the band also shared more music with fans by releasing three bonus tracks from the album that were only featured on the Japanese version of FOTB: “Houston Dubai,” a cover of Mickey Newbury's “I Don’t Think Much About Her No More,” and “Lord Ullin's Daughter,” which features actor Jude Law.

You can listen to the EP below.